What about a doctor who was trained at Yale University — now practicing, with three offices, in Florida — and logs miracles?

The doctor in focus is Chauncey W. Crandall, a cardiologist who made national headlines in the fall of 2006 when responding to an emergency-room call, he encountered a patient who’d suffered a severe heart attack and was shortly declared dead.

After an hour without a heart beat, the man was even beginning to decompose (his skin blackening with cyanosis). Yet, alone with him when the others had left (save for a nurse preparing the body for the morgue), Dr. Crandall felt “told” to pray over him and the man came back from the “dead”!

We had that story in a previous installment. The event was first reported by Fox News. Millions have watched videos about it on YouTube. Millions more have read the account in newspapers.

“Even death cannot defeat God’s Power, as I’ve seen through watching more than one person be raised from the dead — tremendous miracles that are signs of every believer’s resurrection to eternal life, the ultimate miracle,” writes the world-renowned cardiologist.

It was during his own incredible medical tribulation of watching an 11-year-old twin son, Chad, die of leukemia that Dr. Crandall  first began to see the power of the Holy Spirit to heal in what 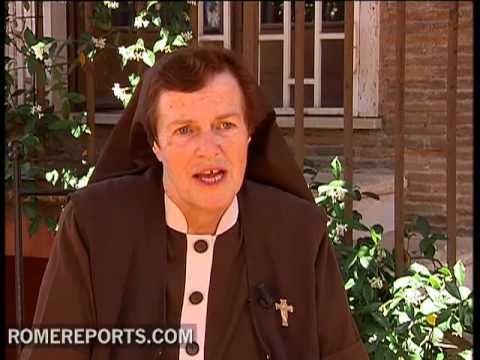 can only be described as a miraculous fashion. Desperate to save their boy, he and wife Deborah sought out Sister Briege McKenna, a nun with an international healing ministry. As she prayed over Chad, Deborah saw Christ in her mind’s eye, walking into the room. “He was dressed in a white gown,” reports Crandall. “He was wearing a rope belt and sandals.” She couldn’t see His Face, “just His hair and His Body, but there was a peace and a presence about Him — she knew it was Christ.” Chad too “saw” Him.

That was at the start of the Crandalls’ mission to search for a miracle. Dramatic was a trip to see a missionary named David Hogan — an “ox of a man” who wore a beard, a shock of white hair, a cowboy shirt with pearl buttons, and preached straight out of the Bible. Dr. Crandall went to see him and waited to be prayed over in proxy for his son. “I figured I’d bow my head — that’s what you do,” he says. “As he prayed, I thought, I’ve never heard anybody pray with this authority, this determination, or this boldness.”

A battle erupted. Dr. Hogan felt like he was suddenly viewing World War I. “[Hogan] was climbin 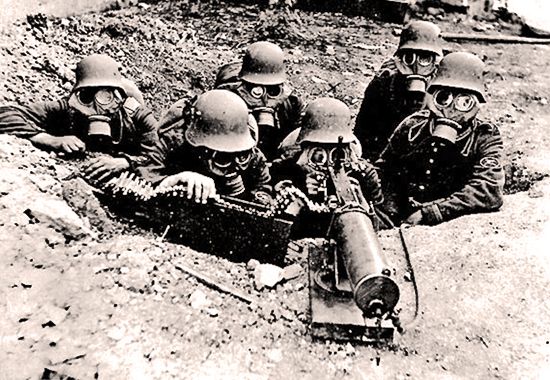 g up the trench,” says Dr. Crandall, “and the enemy was on the other side. The enemy was coming forward, charging. The enemy in this visionary flash was Satan. He was coming toward us. David was face-to-face with the enemy and I could see his determination to take him out. That’s what he looked like. He was battling for the life of my son!”

In a loud voice, Hogan said, “In the Name of Jesus, Chad be healed!”

And in the next instant, says Dr. Crandall — who had never been “slain in the Spirit” — he “saw the tips of my feet up in the air as I was blown backward, landing about fifteen feet from where I had been standing. I landed on my back, unharmed, and in fact alert.” As he struggled to figure out what had occurred, a woman there said, “You’ve been touched by the Holy Spirit.”

Not long after that, Dr. Crandall began praying for his patients. One had multiple brain tumors. As he did, he didn’t feel much. But, he says, “our prayers are like a laser signal to Heaven for God to enter the scene.” Six months later, the man with the tumors returned —  not only alive, but looking terrific!

Dr. Crandall began putting Bibles in all his exam rooms, and in addition to administering medical 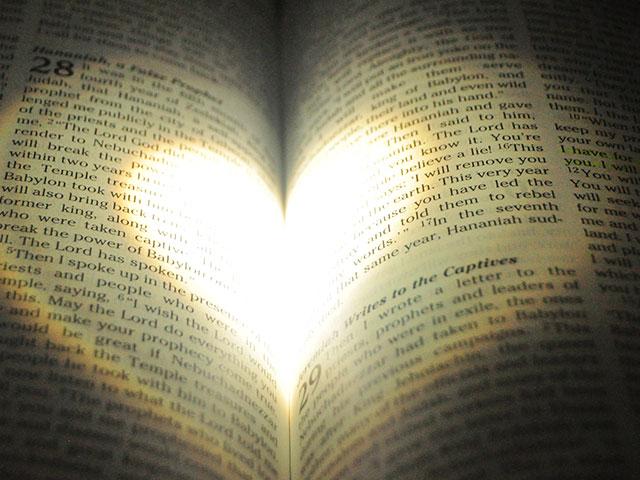 care, praying for those he tended to.

A battle? The charismatic doctor cites the presence of evil both as causing many ailments and in the medical profession itself.

The biggest warfare was that involving his son. In this he saw Satan. As he puts it, “I’m convinced that cancer is not only a disease but a purposeful evil. Cancer is evil; just because you can’t see malignant cells under a microscope doesn’t mean they aren’t an expression of Satan’s will to destroy God’s Creation. Satan comes to kill, steal, and destroy. Cancer is a demonic spirit; like so many thing that reflect Satan’s true character, cancer takes a good thing — cell reproduction — and introduces subtle twists that make it destructive, in fact, a killing machine.”

The dark side also invades the medical profession — which Dr. Crandall denounced as materialistic and cold in too many cases, turning people into numbers. 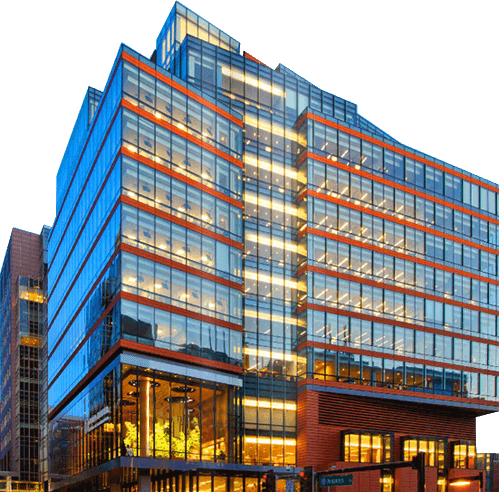 and Deborah found the Dana-Farber Cancer Institute at Harvard — supposedly the world’s foremost place for childhood cancer — a “frightening place” where kids had been reduced to walking wraiths with hair gone and limbs amputated — a “darkened atmosphere” that they rejected. “This place is evil,” said Deborah. And they left. Haven’t we all felt the cold sterility of too many medical places? (Pray always before anything.)

Chad himself “had terrible nightmares and he claimed to see evil presences — wolves and demons,” writes the author. “We thought he was only afraid of the dark and the unknown like any other child. But now that I’ve met other people who have a heightened sense of the spiritual world all around us, I’m not so sure. Just as I’m convinced that demons are real now, I’m convinced that there are people who get a glimpse of them now and again. I don’t mean to be spooky or kooky. But there are more things in Heaven and earth than are realized in the way most of us look at life.”

But then there is the Lord. “While God can use the trials Satan brings into our lives,” he says, for our discernment, “God is never the author of these trials. God’s Will for us is to enjoy His lov

It’s when people think that God has made them ill and abandoned them that there is despair, he says.

The anointing fairly exudes from these pages. And they make us ask ourselves strong, crucial questions. Are we protecting ourselves against illness caused by Satan? Especially, he asks: are we fasting?

“Cancer opens one’s eyes, in a sense, to the spiritual battle in which we are engaged at every moment,” writes the cardiologist, in this blockbuster that we recommend highly. “When are we not being assaulted, in one way or another, by evil?”

Still, it is defeated with faith and prayer and persistence.

For reasons known only to the Lord, and despite many miraculous recoveries, Chad eventually lost his battle with leukemia. Dr. Crandall saw this as a Cross. His wife had long been an active Christian, and he believed in the way many believe; he believed in Jesus; but it was at the deathbed of his son that the doctor made a vow to the Lord. In the depths of grief over the teenager’s demise, he knew he had a choice between hating God for what happened or embracing Him as never before. He chose the latter. “From that moment on I knew that my life in the flesh — in terms of most worldly desires, at least — was over,” he says. “I was here for only one reason: to serve our Almighty God and Lord, Jesus Christ.”

Shortly after, he says, “I can only describe it this way: the heavens opened.”

Incredible grace surrounded Dr. Crandall. Asked to speak, and then to pray for people, he was shocked when they fell over as he had with Hogan.

And healings? There were dramatic ones indeed. Assisting an evangelist in Africa, Dr. Crandall (really, Jesus) healed a six-year-old who had never walked. The boy threw away his crutches and Dr. Crandall later stumbled upon the crutches in a field (they were tossed in the shape of a cross). The doctor delivered people who growled with demonic infestations. One in fifty were so afflicted. Preparing by reading the Bible and praising the Lord, he brought a woman back from death. This occurred when, in the surgery room, he broke into tongues. He caused a large cancerous tumor to simply vanish from another — “the best of medicine and the best of Jesus.” Then there was the case of the heart-attack victim.

This is a major spiritual story, down there in Palm Beach.

Love of the Lord. Reading the Bible. Fasting. “Praising the Lord breaks the yoke of darkness,” says this doctor!

These are remedies for our times — as we’ll see next when Jeff Markin is raised from the dead.