From the Philippines Sun-Star: 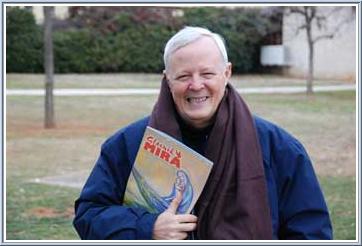 FATHER Livio Fanzaga [now suspended from Radio Maria, which was known by some as the “messenger” of Medjugorje messages], once said, “the coronavirus comes from the devil, it is a test: the solution is to renounce Satan and return to God.” More on the pandemic, Fr. Livio remarked: “Covid criminal project of world elites.” Further, he said “you can trash what I say, maybe I myself will correct myself, but by acquiring new knowledge I have remained with the basic idea that I told you at the beginning: this epidemic is a project not random, which does not come from the bats or the Wuhan market. It developed as a very specific project to strike the West, perhaps not only from China. It is a deliberate fact and this epidemic has been tested, proven: a simulation was done while we were not aware. It started in Brazil, causing 60 million deaths, with a simulation of the Gates Foundation. And then in fact it came about exactly like that.”

“I tell you how I think, this epidemic is a project that I have always attributed to the devil who acts through criminal minds who have achieved it with a very specific purpose: to create a sudden transition, after ideological preparation, politics and mass media, for a media coup d’état. A project aimed at weakening humanity, bringing it to its knees, establishing a sanitary and cybernetic dictatorship, creating a new world that is no longer of God the Creator, through the elimination of all those who do not say yes to this criminal project carried out by world elites, with complicity perhaps of some state,” Fr. Livio also said.