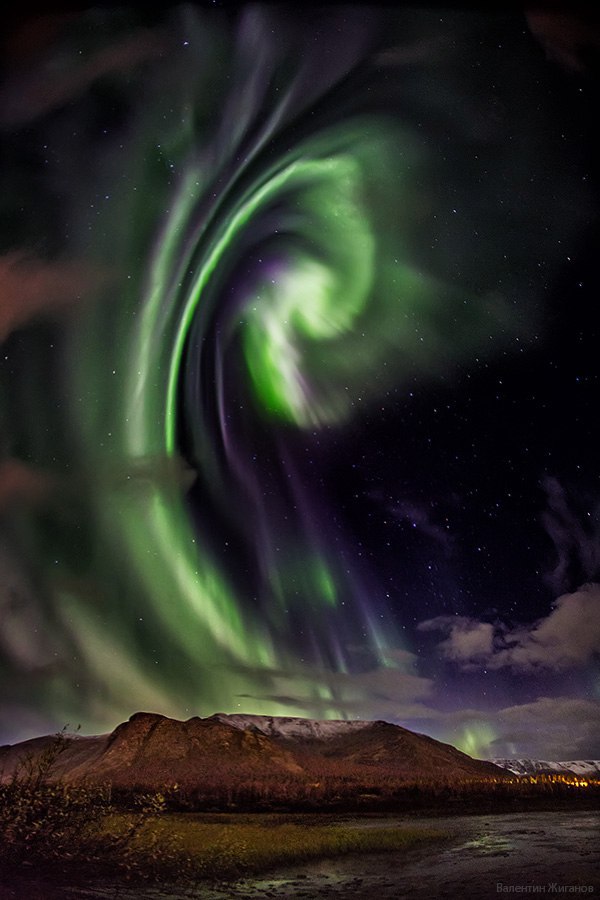 In our intriguing times, hardly a day goes by without something that seems in line with what has been expected for so long and is now unfolding more swiftly. What are we to make of certain things, such as: 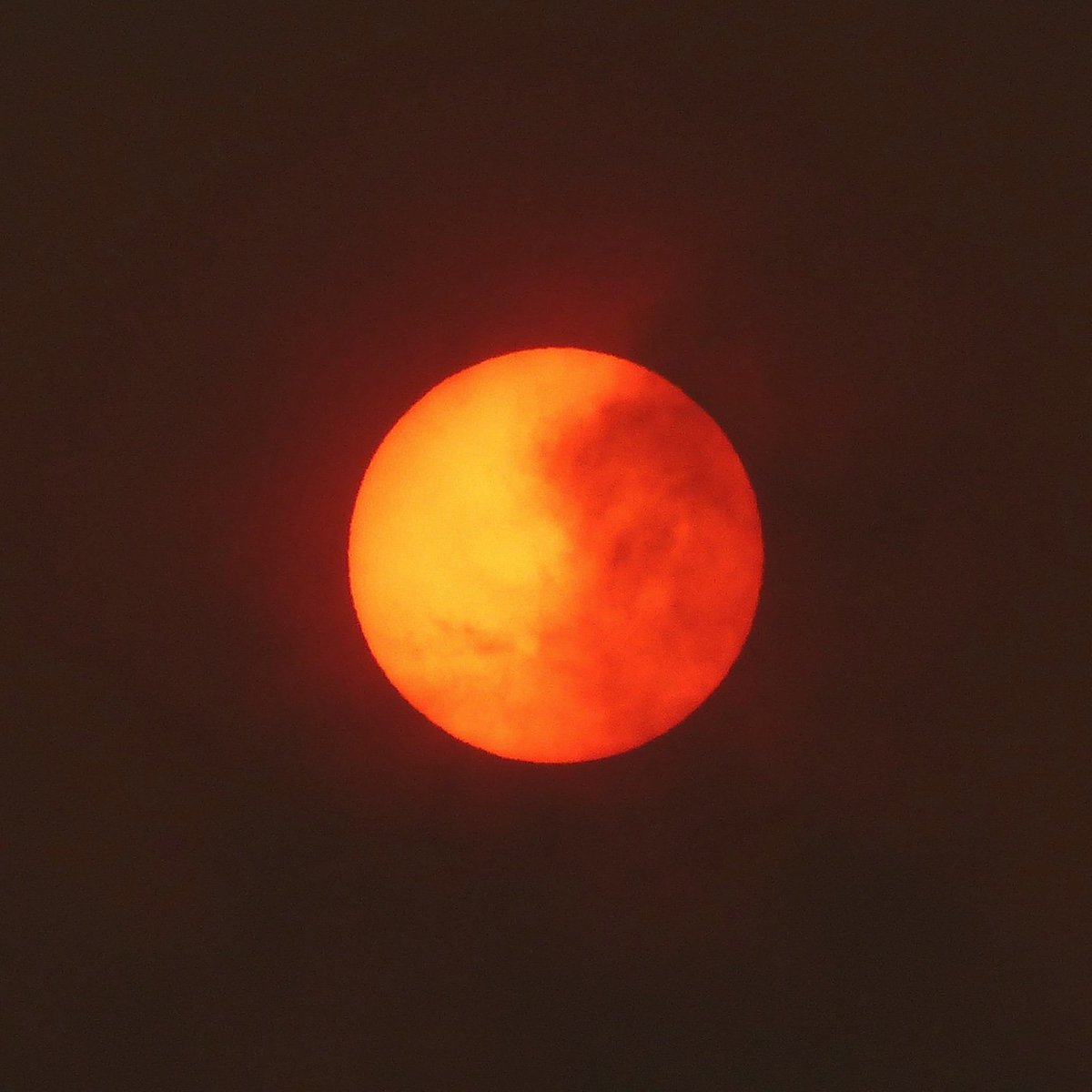 — The fact that right around the hundredth anniversary of the great sun miracle at Fatima in Portugal, epic wildfires once more erupt, killing dozens in that nation (not to mention the fires in California)?

— And how a storm — a hurricane — swept into the British Isles the same week, causing the sun over much of England to reflect red and bringing to mind how, during the Great Sign predicted at Fatima (the unprecedented January 25, 1938 aurora borealis), red also reflected upon England? In fact, it was so red and bright in 1938 many Londoners thought Windsor Castle was afire!

— While the red sky this time wasn’t caused by the northern lights, there were also unusual auroras during the Fatima anniversary days ago, despite a peculiarly “inactive” sun.

“For a whole week, Oct. 9th – 15th, the face of the sun was utterly blank,” notes a secular website. “There were no sunspots and no solar flares and NOAA classified solar activity as ‘very low.’ At the same time, space weather [and concomitant auroras] was remarkably stormy. From Oct. 11th through 15th, not a single day went by without a geomagnetic storm!”

“Brilliant auroras appeared in the sky of Alaska, Sweden, Iceland, Norway, Canada, Russia and Finland. In the USA, Northern Lights descended as far south as Michigan, Minnesota, Wyoming, and Washington…”

While this was transpiring, we received an e-mail from viewer Eileen Carol in Santa Rosa, California (where the fires were severe). Her note wasn’t so much on the fires as an alleged event in faraway Africa.

“Find attached a photo that was taken by a Nigerian on October 13, 2017, in Benin, Nigeria,” she wrote. “Besides the pulsating sun that day, there was an image in the sky. A priest shared it with us [left]. Some of us were at the noon Mass at the Santa Rosa Memorial Hospital chapel yesterday. The Nigerian Catholic priest chaplain at the hospital showed us the video of the pulsating sun as well as this picture taken at the same time on October 13, 2017. Some of the people he knows who were in that crowd sent him the video and picture of Blessed Virgin Mary in the cloud. The priest said the Nigerians celebrate Catholic feast days with such fervor and joy. There were at least 100,000 people at this outdoor Mass that celebrates the hundredth anniversary of the miracle at Fatima. Every diocese sent people and representatives. It was also the closing of a special conference in Benin, Nigeria. Everyone saw the pulsating sun, but not all saw the image in the sky.”

And so it goes. If we are doing a lot of the mystical of late — including the prophetic pulse — it’s because events in the world compel it. We try to be cautious about such things as visions, dreams, locutions, and photos (is it photo-shopped, the Nigerian sky, or at least enhanced? — we always have to ask that) at the same time as remaining open: testing the spirits, as Scripture advises (1 Thessalonians 5:21), taking what is good, and leaving the rest (imperfection is inherent in all but Christ’s predictions).

The Bible warns against false prophets (Matthew 7:15) but also warns not to despise prophecy (1 Thessalonians 5:20; many Catholics forget that passage).

And so we consider such matters and in closing will revisit a woman in Minnesota we reported upon years ago named Jennifer — at the time, in her thirties, a mother of four who didn’t want her surname used. We took a look at a set of her alleged missives because they seemed to tie in mysteriously with the prophecies reported upon in Tower of Light prophecy, and because a priest at St. Joseph’s in Taylor Falls who served as her spiritual director told us the messages had been read or at least reviewed in some fashion by officials at the Vatican, who, he asserted, encouraged their dissemination.

The priest accompanied her and her father on two occasions to Rome, where during one visit and against the odds they found themselves in the inner sanctum and were able to give the messages to Cardinal Stanislaw Dziwisz, personal secretary of Pope John Paul II, and Monsignor Pawel Ptasznik, who was head of the Polish Section in Vatican’s Secretariat of State. “Monsignor Pawel said the Pope read them,” asserted the priest. “He gave us the thumbs-up and said the Pope looked at them and [Pawel] said to Jennifer, ‘get them out there. This is a message the world needs to hear.’

The cleric has since left the priesthood and is now with a lay Divine Mercy organization that assists priests. (Does his leaving mean anything as far as discernment?)

At any rate, for discernment, one of Jennifer’s public messages, presumably from Jesus, Who she heard say:

“My child, the unraveling has begun for great disruption is soon to sweep throughout the world. My tears of mercy have been falling and yet few respond to My words of warning. Few heed to My mercy and the hand of justice can no longer be held back.

“Come My children and turn to the Eucharist for I am there fully present Body, Blood, Soul and Divinity. The graces that await you; and yet I ask what keeps you away? Do not sleep My children rather stay awake for the hour has come for you to truly be attentive.

“Pray, pray from your heart and allow My hand to guide you on your way to salvation. Allow your heart to be united to Mine through the Sacraments and it begins through reconciliation. The world must reconcile itself to its Creator for I am Jesus. One by one I am calling you because one by one I formed you in your mother’s womb and it is the womb that is being destroyed by selfishness and sinfulness.

“Come My children and reconcile yourselves for the world is unraveling unto its own sinfulness. Too many seek pleasure and not pain but it is your pleasures that are causing your souls to suffer. Look to the cross and you will find joy, peace and your true happiness for I am Jesus. I am love, joy and peace, come My children, come to Me for I am your peace in this world that has no peace. Now go forth and repent for the hour for the world has come for My mercy and justice will prevail.”

[Footnote from Eileen Carol: “We are all right after the terrible Santa Rosa fires. Many parishioners lost their homes in these very suspicious and devastating fires. NOTHING was done for two whole days. There were originally 27 fires which did NOT spread from the original Napa fire…friend witnesses saw people SETTING  at least two of the fires. Many think it was homeland terrorists that attacked the RICHEST neighborhoods (Fountaingrove, Wikiup/Larkfield, Mark West Springs Road, Bennett Valley, Geyserville Pocket Canyon, Healdsburg Fitch Mountain, Rincon Valley, Oakmont, wineries on highway 12, etc.) and a large Christian school and a Catholic high school (Newman) and elementary school (St. Rose). Two of the major hospitals were evacuated (Sutter, Kaiser). Military and tanks were on the street. They are not telling us the truth. Very little information disseminated. People finally being allowed to return after one week. I spent 8 days with friends and we moved about because of the moving threats of the fires. Just my (and many others) opinion.”]

[resources: Tower of Light, Fear of Fire, and Where the Cross Stands]