Is it the annual “silly season,” internet sensationalism, just a matter of society gone catawampus, folks at the fringe? Or is there something behind it — whatever “something” that might be?

We speak here of “UFOs” and “aliens.” They’re in the news now constantly — where for decades they were relegated to the dustbin of eccentricity.

There is Hillary Clinton, saying that if elected she’ll release files pertaining to “flying saucers” (as some of these objects are described).

There’s her husband’s former chief of staff, John Podesta, who publicly campaigns for more UFO awareness and an opening of the government files. There are mainstream news outlets, reporting on what used to be confined to UFO books and obscure newsletters, also an occasional radio show or magazine article (they once made for a large spread in Life).

Notes something called  TechCrunch (the reports are not always in The New York Times!): “Hillary Clinton has often been depicted as an enemy of government transparency in the long-running controversy over her use of a private email server during her tenure as Secretary of State.

“It took several lawsuits under the Freedom of Information Act (FOIA), a law that gives the public access to government documents and data, to pry her emails loose from the State Department.

“But during a talk today at Code Con, Clinton campaign chairman John Podesta said he helped the presumptive Democratic presidential nominee use the very same law to request transparency on an issue she’s interested in — UFOs. Podesta claimed that he helped Clinton file a FOIA request for documents related to a possible UFO incident.”

We would never be quite so closed as to categorically state all that this phenomenon entails is hoax or imaginations. But they certainly are chimerical. Quicksilver. No one can get a grip on them. And there is an occult feel to it. Thus: caution. Like bigfoot, like Nessie, there is no final evidence. Not really a scrap, at least publicly. Forget the Roswell thing. Would there not have been more proof by now?

But they seemingly are all over the place. One “unearthly” orb was observed at approximately three a.m. (that bewitching hour) in Ohio. There are others.

— The London Express reports today that: “a top UFO researcher had dared the US Government to charge him after he went public with his own Wikkileaks of 11 pages of top-secret explosive UFO files from America and Canada. Among the papers Victor Viggiani revealed at the first Canadian National Inquiry into UFOs in Brantford, Ontario, Canada, was a confidential memo dated November 14 1968. It said it was found in the Wollaston Lake area, 450 miles northeast of Prince Albert, near the Manitoba border.”

— The Inquistr reported just hours before that: “A witness in Seattle, Washington, has reported filming two UFOs with lights — or highly reflective surfaces — and ‘sharp edges’ flying over the city. According to the unnamed witness in a report filed as Case 77300 in the archives of the Mutual UFO Network (MUFON), he was standing outside at his workplace during the day on June 21, 2016, when he noticed two hovering lights in the sky, Open Minds TV reports.”

— The New Zealand Stuff reported on June 16 that: “A brightly colored sphere filmed in the night sky near Christchurch this week joins a tradition, of mysterious objects seen in Kiwi skies, stretching back at least a century. Oisin Lavelle reported seeing and filming one sphere on Monday night and seeing three on Tuesday night. He watched the Monday night sphere for two hours before it sped away amid bursts of bright orange light.

— TV station WEWS in Ohio reported on June 16 that “Cleveland might have its own X-File. An unnamed nursing student reported seeing a UFO above CASE Western Reserve University’s School of Medicine at around 9:45 p.m. Friday, according to the YouTube channel Secureteam 10.”

— On June 8 Click-On Detroit said that: “A Detroit woman says everybody thinks she’s going crazy — but she is standing by what she saw hovering above her home on the evening of Friday, June 3. In the video, Oliver claims she has seen the same light in the sky several times before, but finally captured it on video. Oliver tells Local 4 the video didn’t do it justice; that she could see more detailed, colorful lights.”

— On June 13, the London Daily Mail (caution: tabloid) reported that “Mysterious footage of a ‘UFO’ hurtling past Jupiter has rocked the space enthusiast community. The video shows Jupiter, the largest planet in our solar system, and three of its 67 moons. Suddenly an unknown object appears to move across the planet in a diagonal direction.”

— On June 17 it was a competitor, The Mirror, that said: “A security guard at a shopping centre in Texas has captured the moment a mysterious UFO was seen hovering in broad daylight. The strange object seems to be moving slowly as it passes through the air and appears to be black in color.”

— On June 19, the Inquistr reported (again): “A witness in Batavia, a suburb of Chicago in Kane County, Illinois, reports sighting and filming a mysterious square-shaped UFO as it glided quietly across the sky on June 5, 2016. According to the unnamed witness, in a testimony filed as Case 76835 in the Mutual UFO Network (MUFON) database, he was driving with his children, aged 17 and 20, after leaving a restaurant, when he sighted the strange craft, at about 8:50 p.m.” 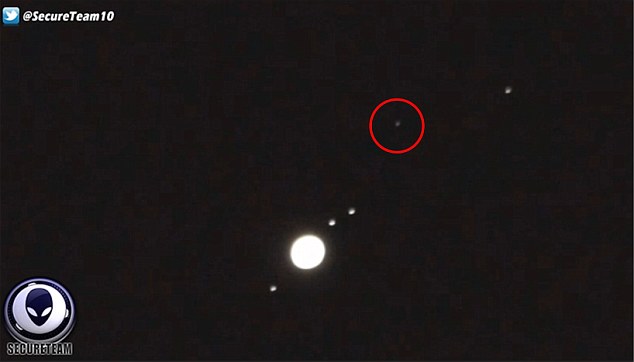 — From Atlas Obscura on June 13: “The industrial Swedish town of Norrköping, nestled along an inlet of the Baltic Sea, was once known for its booming textile industry. Now, decades after outsourcing muffled the city’s industrial buzz, Norrköping is known primarily as a quiet student town, dotted with repurposed factories and the snaking waterways that interweave them.

“In such surroundings, it seems strange to find the world’s largest open UFO archive. Yet there it is, just a five-minute tram ride from the city center.”

Indeed it is. Let us obviate ridicule: recently, even the CIA has released files pertaining to this stuff.

No question, some is imagined; some is hucksterism (recent photographs of flying saucers are obvious hoaxes, while others may be explained as various natural or satellite-like objects: see also, space junk).

But we’ll admit that there is a percentage — not necessarily microscopic — that’s hard to slough off. In those cases, one wonders, if not hoax, if it is spiritual phenomena: luminosities once depicted by Indians as “spirit lights” that remind us of all those orbs folks capture on cameras at alleged apparition sites and in cemeteries (some of them just moisture on the lens, others, bearing silhouettes, more difficult to explain). 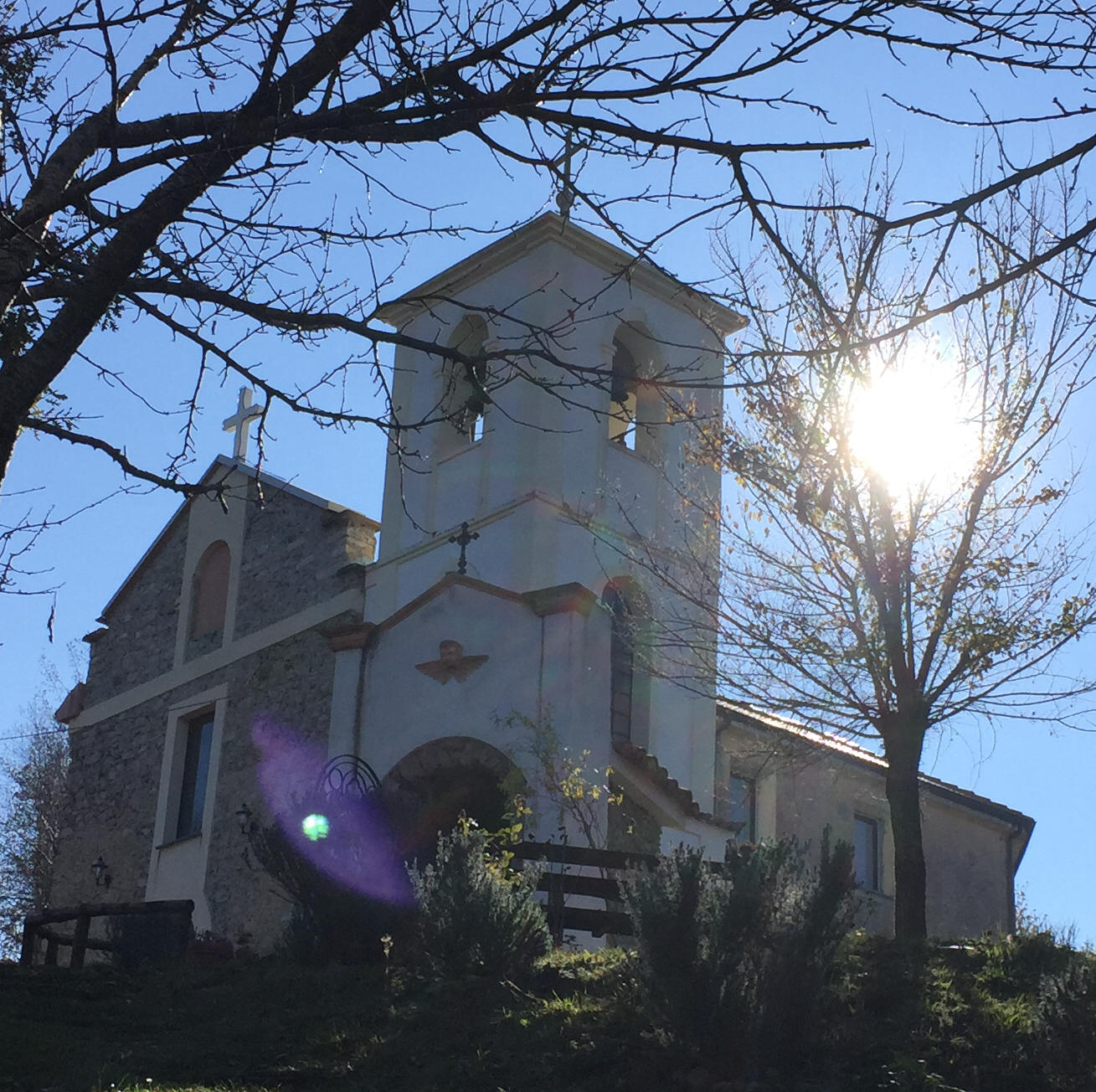 Is it possible that extraterrestrials might be ready to make a major move? That there has been a shift in a paradigm? Or is it an outbreak from the ethereal world — deceptive spirits.

This is really exercising the belief system. Maybe simple illusion, or straightforward demonism?

Whatever they are or are not, whatever is or isn’t, the sheer volume of reports, of late, indicates something afoot. The question as always — the time-honored conundrum — is what that something is.

[resources: Prayer of the Warrior and spiritual warfare books]