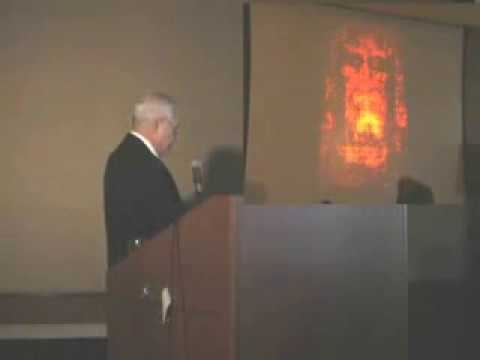 Many are the reasons to believe the Shroud of Turin is the supernatural image of the Crucified Christ. In fact, the evidence is definitive and overwhelming. Pollen and spores in the fabric come specifically from the Holy Land and even more specifically, Jerusalem. Blood has been identified, and of the same type as in major Eucharistic miracles. How the image was inflected on cloth cannot be explained even through use of lasers. The very fact that the image is viewed in negative and thus was not seen in its current details — but was rather a vague silhouette — before photography means that if this was a medieval fraud, as some skeptics (though fewer every year) have claimed, such hoaxsters would have had to anticipate discovery of photography hundreds of years before it was discovered. Meanwhile, the image is precisely proportionate. There are coins on the eyes from the time of Caesar. It has miraculously survived fires. The list goes on. Now, scientists assert that holographic images of the Shroud have revealed surprising and even shocking letters on an object hidden under His Beard. The letters stand for the ancient Hebrew word for “Lamb.”