From the Mercury News:

Jennifer Aniston and Brad Pitt’s marriage may have ended in 2005, but the ex-spouses apparently still have something in common: A willingness to seek personal guidance from a psychic medium named Carissa Schumacher, who claims to channel the spirit of Jesus Christ.

That’s according to a New York Times profile of Schumacher, a San Diego-area-based medium who says she can receive messages from people who have died, which she conveys to her A-list clients to aid in their spiritual healing. Aniston, who has been been seeing Schumacher since 2019, acknowledged to the New York Times that the idea of anyone being able to communicate with Jesus is “way out there” and will be “insane” for some people. 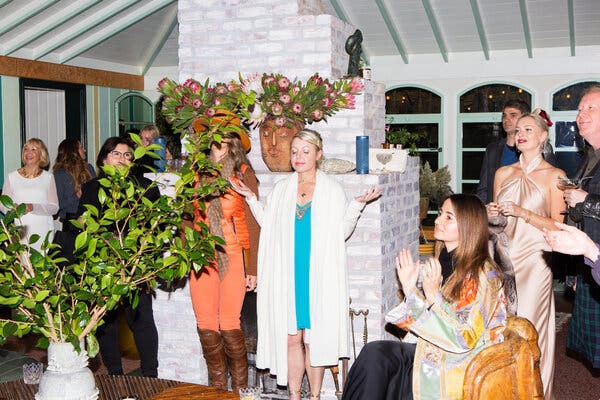 Since 2010, Ms. Schumacher has worked as a medium, meaning someone who receives messages from people who have died. She doesn’t have a website and is often booked months in advance. Her prices are another obstacle, with sessions priced at $1,111 per hour. (She likes the synchronicity of the number.)

Ms. Schumacher might fall under a category of so-called New Age practitioners. But spiritualism — the belief that the living can communicate with the dead — is very old, its popularity surging in times of high mortality rates: in the Victorian era, for example, and after major wars in the United States and Europe. In late 2019, just as the world was on the precipice of a plague of biblical proportions, Ms. Schumacher said she began channeling Yeshua, as she refers to Jesus Christ.