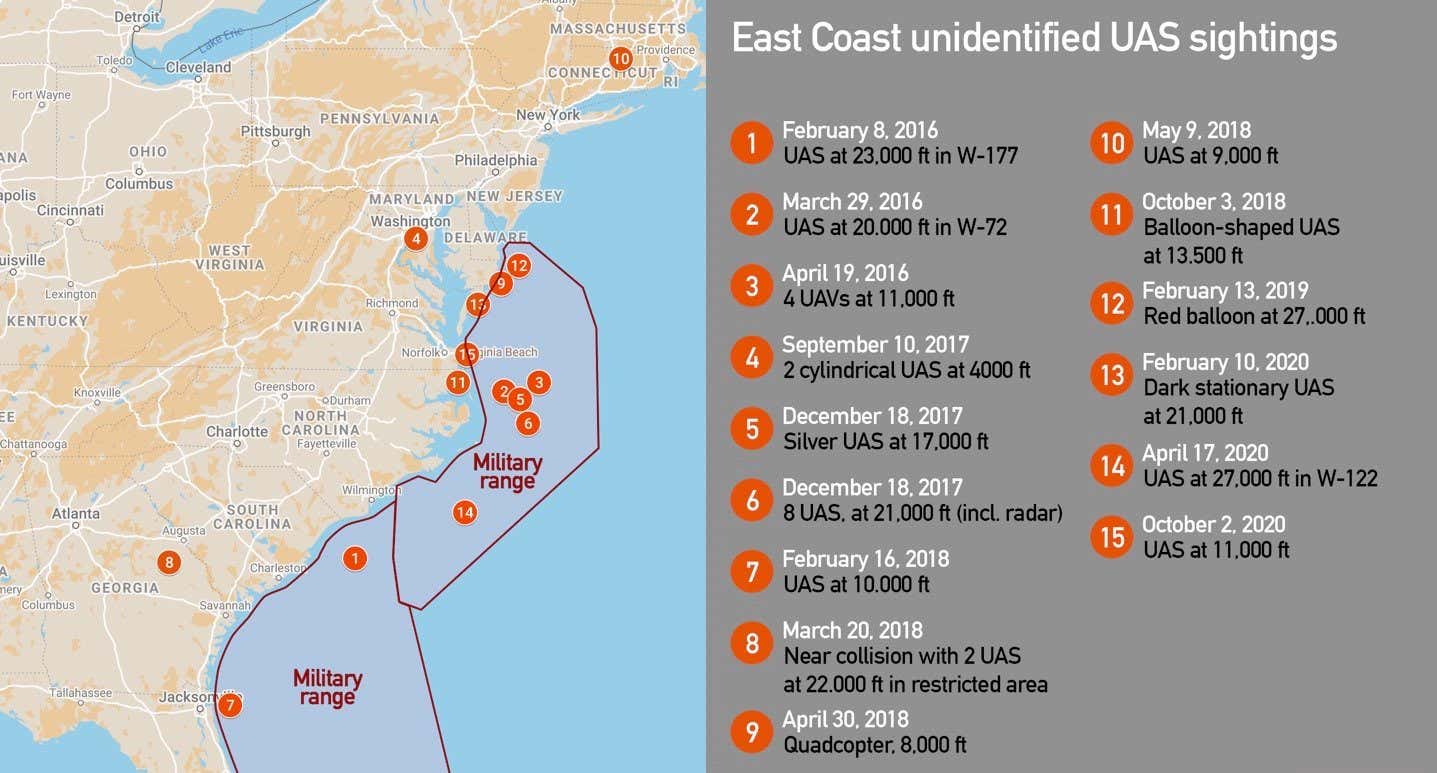 The Federal Aviation Administration has seen a dramatic increase in drone-related incidents, recording approximately 10,000 reports in the last five years. The War Zone has identified a substantial number of military encounters with unidentified aircraft among those reports, often in sensitive airspace. While some of the incidents represent typical hazards associated with commercial drones, others are indicative of advanced capabilities, including the ability to fly at relatively high altitudes and to potentially operate in coordinated groups. More so, it’s not just what’s happening, it is where it is happening that is so intriguing. The incidents appear to have predominantly impacted the U.S. Navy and Air Force, with a pronounced geographic nexus off the coast of the southeastern United States, as well as another in the southwestern United States. Many of the incidents we identified occurred far out over the ocean in military training ranges that have become known for ongoing sightings of unusual aircraft.