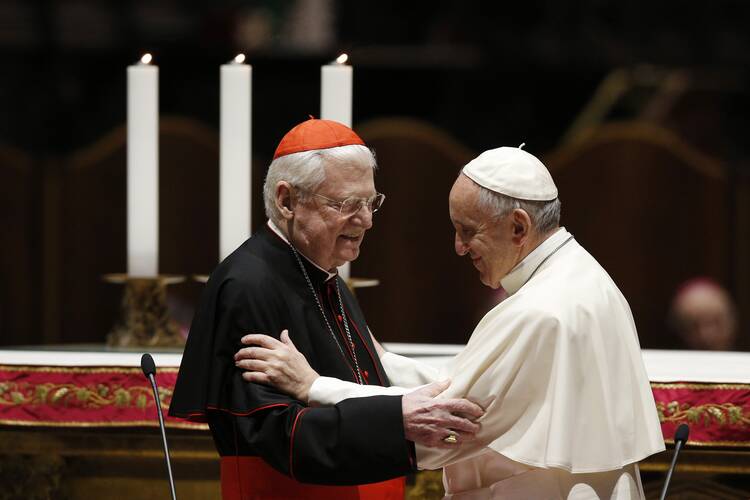 Cardinal Angelo Scola celebrated his 80th birthday on Nov. 7 and consequently lost the right to vote in the next conclave. In 1991, St. John Paul II appointed him bishop of Grosseto, a small Italian diocese, and then rector of the Pontifical Lateran University in 1995.

In this exclusive interview with America’s Vatican correspondent, the cardinal spoke about some of the topics that he develops in-depth in the book, including his close relationship with Popes John Paul II and Benedict XVI, his joyful time as a bishop over 26 years, and his concern at the decline of the Christian faith in Europe. Significantly, he strongly defended Pope Francis against attacks from within the Church and emphasized that “the Pope is the Pope,” stating that to attack the Pope is to do harm to the Church. “This is wrong,” Cardinal Scola said. “As a child, I was taught the expression, ‘The Pope is the Pope,’ and that one cannot question this…. I cannot accept an attitude that I judge as unjust from the perspective of the Church.”