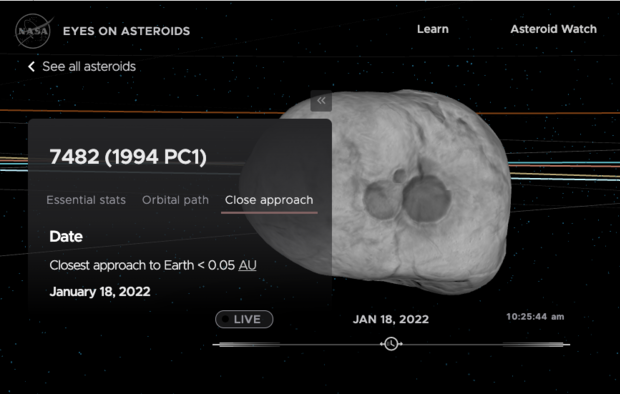 An asteroid that is wider than the tallest building in the world is set to make one of its closest encounters with earth next week. NASA projects that the asteroid, named 7482 (1994 PC1), will fly by on January 18.

The asteroid is estimated to measure at roughly 1 kilometer, or more than 3,280 feet, across — a size that is more than twice the height of New York’s Empire State Building, which is 1,454 feet from base to antenna, and hundreds of feet more than Dubai’s Burj Khalifa, the world’s tallest building, which is 2,716.5 feet tall.