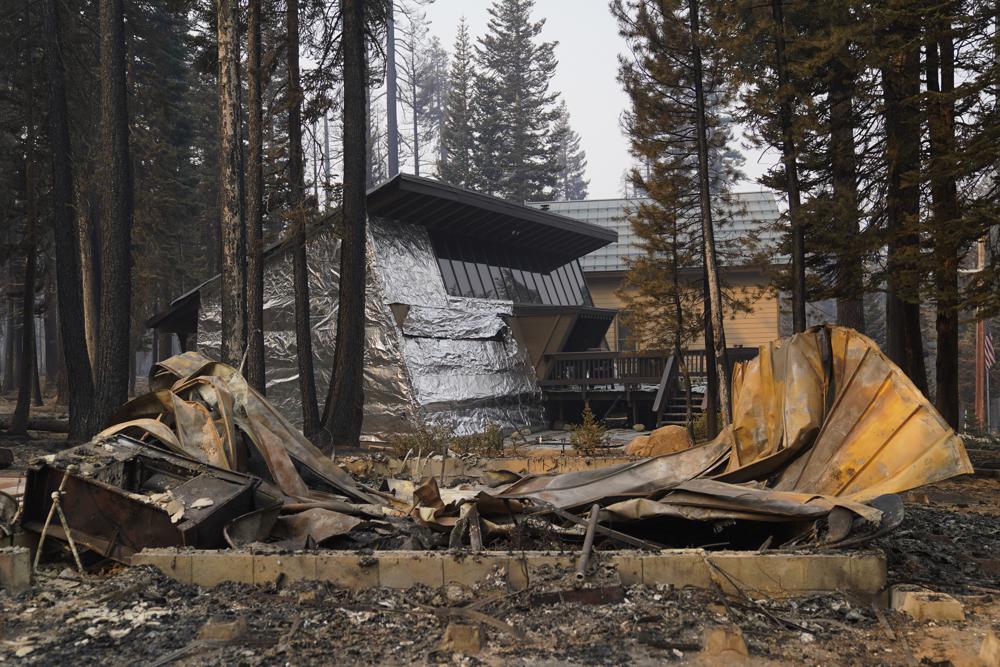 Martin Diky said he panicked as a huge wildfire started racing down a slope toward his wooden house near Lake Tahoe.

The contractor had enough time to do some quick research and decided to wrap his mountain home with an aluminum protective covering. The material that can withstand intensive heat for short periods resembles tin foil from the kitchen drawer but is modeled after the tent-like shelters that wildland firefighters use as a last resort to protect themselves when trapped by flames. Diky, who lives most of the time in the San Francisco Bay Area, bought $6,000 worth of wrapping from Firezat Inc. in San Diego, enough to cover his 1,400-square-foot (130-square-meter) second home on the edge of the small California community of Meyers.