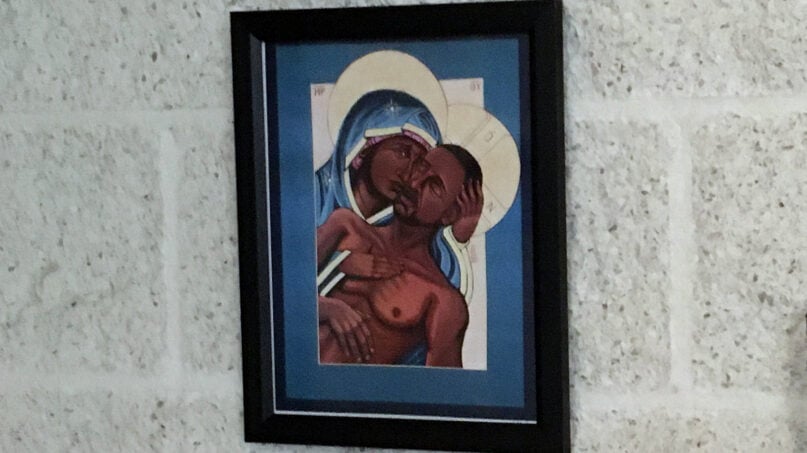 A painting of Jesus and his mother, Mary, in which Jesus is seen by many to be painted in the likeness of George Floyd in response to his agonizing death, was stolen from Catholic University of America Columbus Law School this week after a spate of conservative media attention and death threats directed at the artist.

“Mama,” by St. Louis artist Kelly Latimore, shows a Black Virgin Mary cradling Jesus’ dead body after his Crucifixion in a style known as a Pietà. It was discovered missing Wednesday morning (Nov. 24) from its place outside the Washington law school’s Mary Mirror of Justice Chapel. School officials have since replaced it with a smaller version.