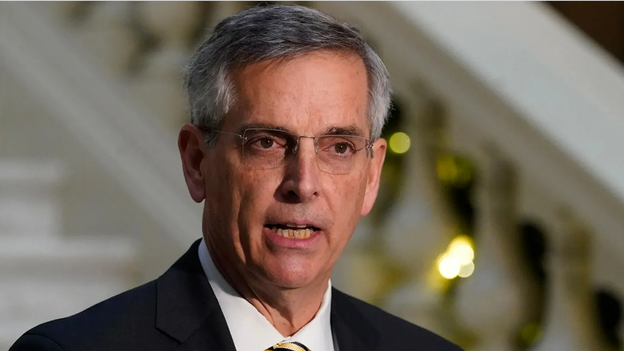 Georgia Secretary of State Brad Raffensperger said Tuesday that former President Donald Trump’s supporters issued “sexualized threats” to his wife and that he got a barrage of texts and emails after refusing to overturn the 2020 presidential election results.

“After the election, my email, my cell phone was doxxed. And so I was getting texts all over the country,” Raffensperger said in a Jan. 6 Committee hearing Tuesday. “And then eventually my wife started getting the texts and hers typically came in as sexualized texts, which were disgusting.” “We met in high school. We were married over 40 years now. And so they started going after her. I think just to probably put pressure on me — why don’t you just quit, walk away?” Raffensperger added.