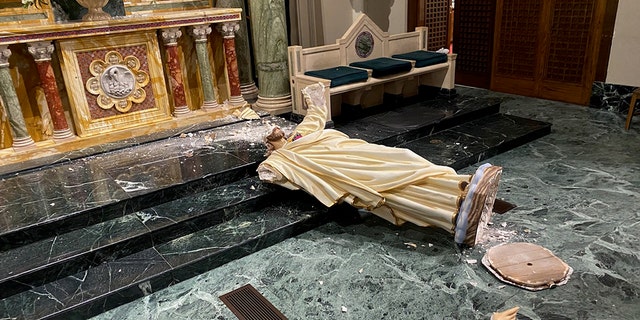 Hundreds of Roman Catholic churches have been attacked since the violence that erupted nationwide following George Floyd’s death in May 2020, according to a Catholic nonprofit.

Since May 2020, there have been nearly 300 attacks against U.S. Catholic churches as far afield as Emmonak, Alaska, with the most recent tally at 275 as of Sunday, according to a tracker from CatholicVote. The religious nonprofit organization noted that “while the riots and looting mostly died down in the summer of 2020, the attacks on Catholic churches have continued and escalated.”