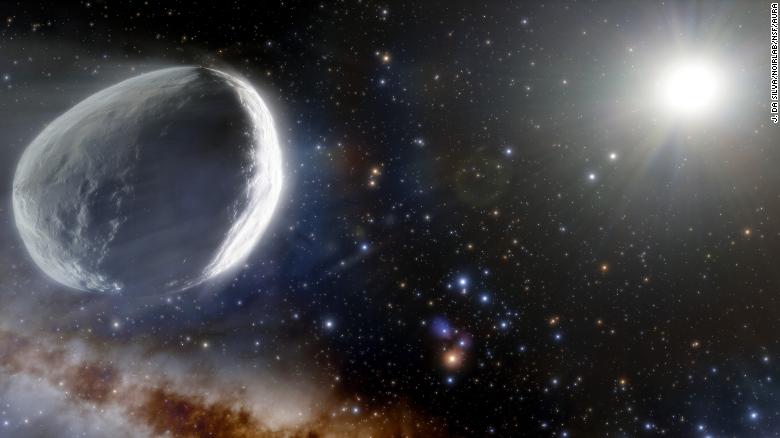 Astronomers have discovered the largest known comet, and it’s coming to a sky near you in 2031. That gives you plenty of time to track down a good telescope — you’ll need it to spot this roaming celestial body.

Comet Bernardinelli-Bernstein, named for the astronomers who found it, is about a thousand times more massive than other comets and between 62 and 124 miles (100 and 200 kilometers) across. The unusual comet has been making its way toward our sun for millions of years. It likely came from the Oort Cloud, the birthplace of icy, ancient comets and a place more distant from the sun than anything in our solar system. Just imagine what scientists will learn as they observe it for years to come.
+