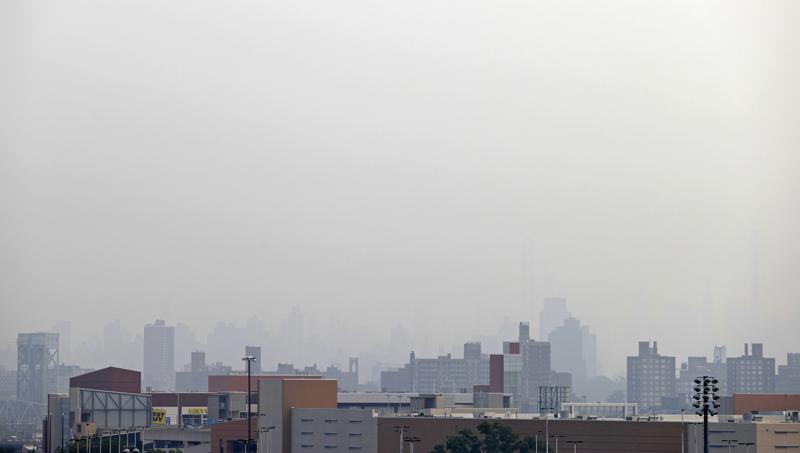 Wildfires in the American West, including one burning in Oregon that’s currently the largest in the U.S., are creating hazy skies as far away as New York as the massive infernos spew smoke and ash into the air in columns up to six miles high.