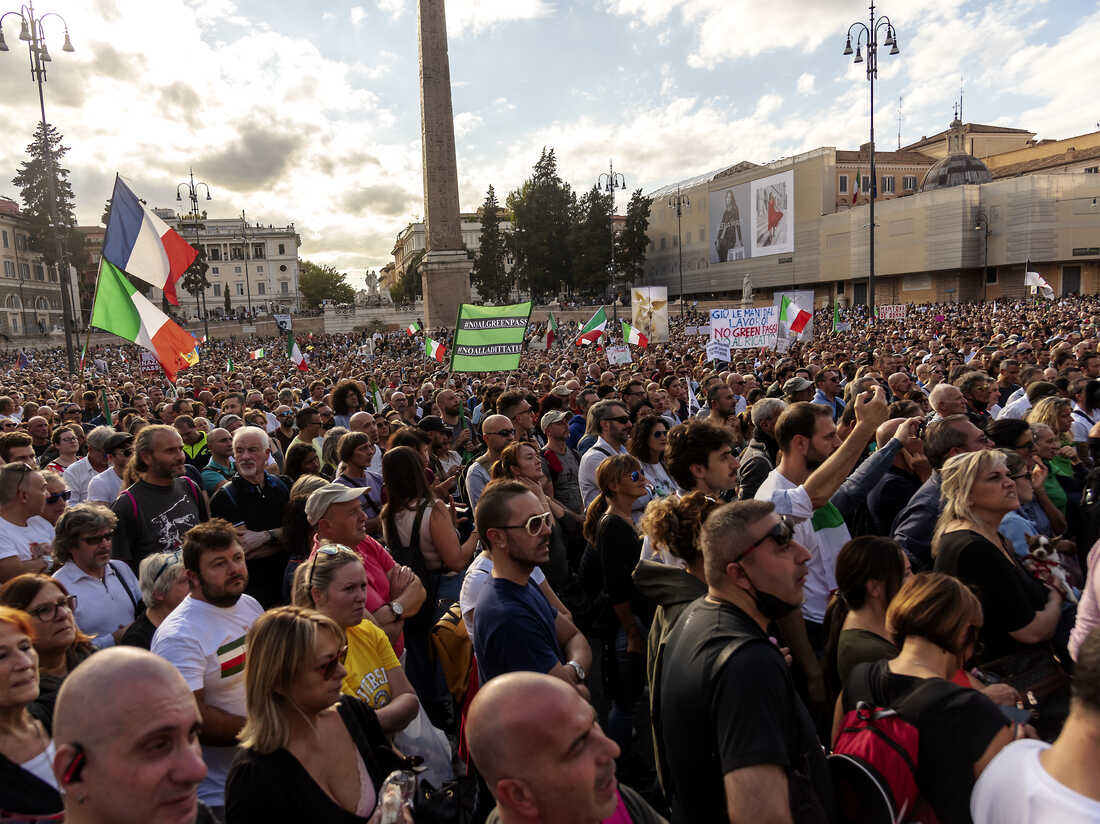 Pelosi, who was in Rome for a meeting with foreign leaders, was attending Mass in the city at St. Patrick’s Church. Outside of the church, chaos was erupting as thousands of Italians were taking to the streets over Italy’s new requirement for workers to show proof of a COVID-19 vaccine in the form of a so-called “green pass.”

Just minutes into the service, Pelosi and her husband were reportedly removed from the church by government officials concerned about her safety, according to a representative from Pelosi’s office.

At the heart of protesters’ complaints is the ‘Green Pass’ mandate — required documentation that details whether a person has been fully vaccinated, tested negative, or has recently recovered from the virus. Starting Oct. 15, any worker who doesn’t show their vaccine certificate to their employer will be suspended without pay for up to five days.

It’s considered one of the most strict COVID-19 mandates in the world. Italy has already made this pass a requirement to eat indoors at restaurants or visit museums and gyms.