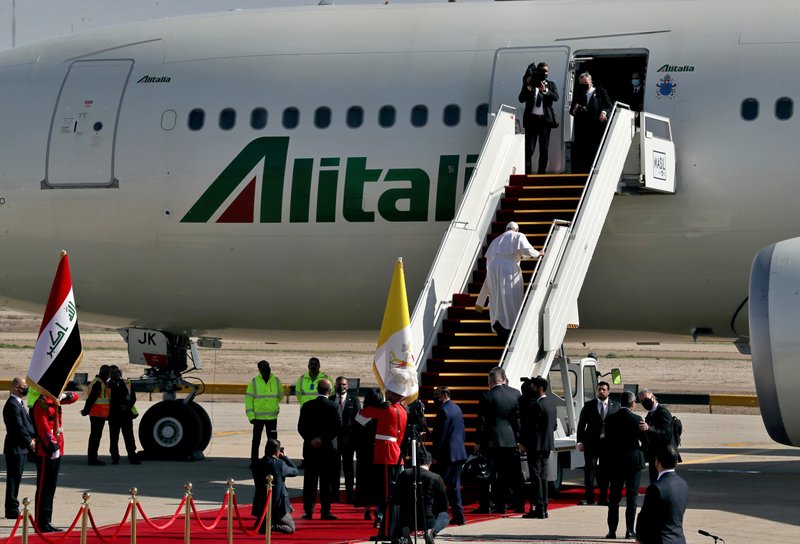 Pope Francis on Monday wrapped up his historic whirlwind tour of Iraq that sought to bring hope to the country’s marginalized Christian minority with a message of coexistence, forgiveness, and peace.

The pontiff and his traveling delegation were seen off with a farewell ceremony at the Baghdad airport, from where he left for Rome following a four-day papal visit that has covered five provinces across Iraq. As the Pope’s plane took off, Iraqi President Barham Salih was at hand on the tarmac, waving goodbye.

Pope Francis called on Iraq’s Christians to forgive the injustices committed against them by Muslim extremists and to rebuild as he visited the wrecked shells of churches and met ecstatic crowds in the community’s historic heartland, which was nearly erased by the Islamic State group’s horrific reign.

At each stop in northern Iraq, the remnants of its Christian population turned out, jubilant, ululating, decked out in colorful dress, though heavy security prevented Francis from plunging into the crowd as he would normally do. Nonetheless, they seemed simply overjoyed that they had not been forgotten. 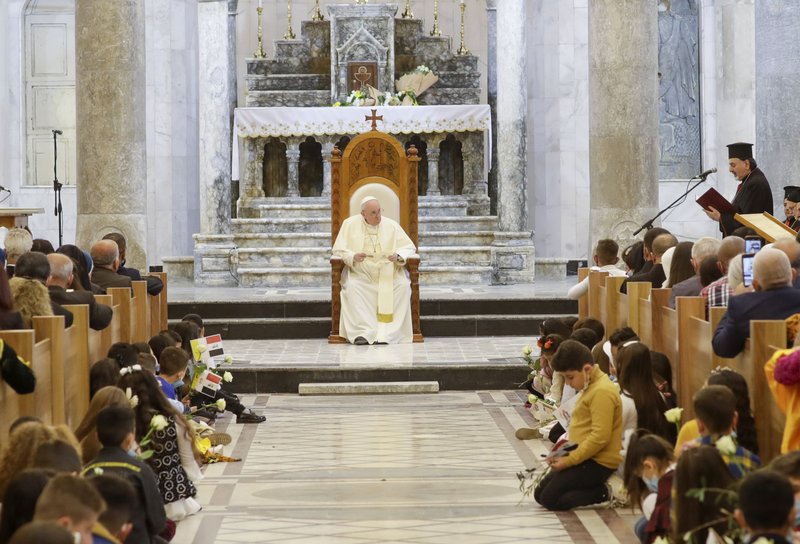 According to a statement from the Holy See Press Office, during the courtesy visit, which lasted about forty-five minutes,  “the Holy Father stressed the importance of cooperation and friendship between religious communities for contributing – through the cultivation of mutual respect and dialogue – to the good of Iraq, the region and the entire human family.”

The communique also says, “The meeting was an occasion for the Pope to thank Grand Ayatollah al-Sistani for speaking up – together with the Shiite community – in defence of those most vulnerable and persecuted amid the violence and great hardships of recent years, and for affirming the sacredness of human life and the importance of the unity of the Iraqi people.”

In taking leave of the Grand Ayatollah, the Holy Father stated that he continues to pray that God, the Creator of all, will grant a future of peace and fraternity for the beloved land of Iraq, for the Middle East and for the whole world.

Pope Francis opened the first-ever papal visit to Iraq on Friday with a plea for the country to protect its centuries-old diversity, urging Muslims to embrace their Christian neighbors as a precious resource and asking the embattled Christian community — “though small like a mustard seed” — to persevere.

Francis brushed aside the coronavirus pandemic and security concerns to resume his globe-trotting papacy after a yearlong hiatus spent under COVID-19 lockdown in Vatican City. His primary aim over the weekend is to encourage Iraq’s dwindling Christian population, which was violently persecuted by the Islamic State group and still faces discrimination by the Muslim majority, to stay and help rebuild the country devastated by wars and strife. 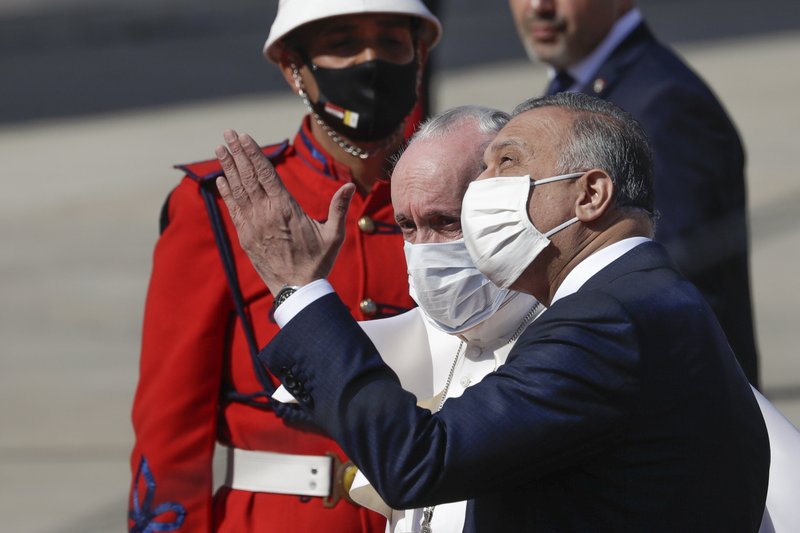 Pope Francis arrived in Iraq on Friday to urge the country’s dwindling number of Christians to stay put and help rebuild the country after years of war and persecution, brushing aside the coronavirus pandemic and security concerns to make his first-ever papal visit. The Pope, who wore a facemask during the flight, kept it on as he descended the stairs to the tarmac and was greeted by two masked children in traditional dress. But health measures appeared lax inside the airport despite the country’s worsening coronavirus outbreak.

Iraqi Foreign Minister Fuad Hussein said Iraqis were eager to welcome Francis’ “message of peace and tolerance” and described the visit as a historic meeting between the “minaret and the bells.” Among the highlights of the three-day visit is Francis’ private meeting Saturday with the country’s top Shiite cleric, Grand Ayatollah Ali al-Sistani, a revered figure in Iraq and beyond.