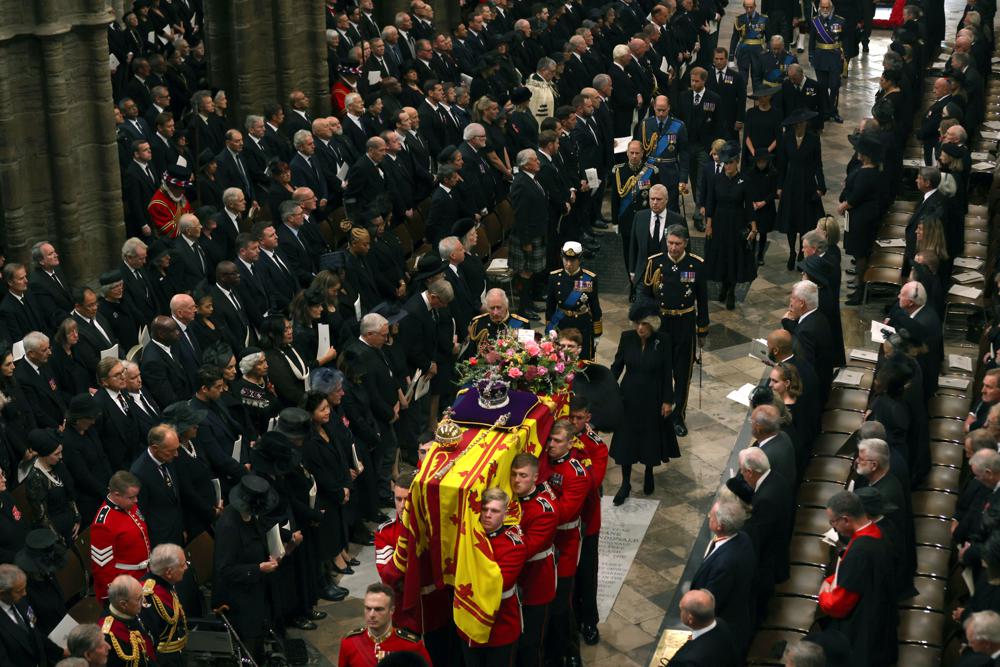 Britain and the world said a final goodbye to Queen Elizabeth II at a state funeral Monday that drew presidents and kings, princes and prime ministers — and crowds who massed along the streets of London to honor a monarch whose 70-year reign defined an age.

A day packed with events in London and Windsor began early when the doors of 900-year-old Westminster Hall were closed to mourners after hundreds of thousands had filed in front of her flag-draped coffin. Many had waited for hours in line, including through cold nights, to attend the lying in state in an outpouring of collective grief and respect. In a country known for pomp and pageantry, the first state funeral since Winston Churchill’s was filled with spectacle: 142 Royal Navy sailors drew the gun carriage carrying Elizabeth’s coffin to Westminster Abbey, with King Charles III and his sons, Princes William and Harry, walking behind as bagpipers played