A flurry of questions.

Are we at that point of control many have long feared?

Are freedoms not at stake?

What might come next? A ban on unvaccinated traveling?

Where will the new federal restrictions end?

This all comes following President Joe Biden’s announcement of new vaccine mandates, which caught many off-guard. It is hard seeing them not cause an uproar: alarm bordering, in some circles, on rebellion.

Could there be a direct mandate to pump something into the arm that many fear? Lockdown of unvaccinated homes? Down the road, when gun control comes up, could this new executive boldness lead to similarly restrictive measures, even seizing certain firearms? Or telling churches who they can and cannot admit?

That’s a ways off, for sure. Right now, there is still a choice between getting vaccinated and a weekly covid test. But the Associated Press, which has been attacking the White House for weeks now over Afghanistan, today calls the restrictions “a war on the unvaccinated.”

“Nearly eight months after declaring ‘war’ on the coronavirus as he took office, Biden announced far-reaching new federal requirements Thursday that could force millions to get shots,” said the news service. “In doing so, he embraced those who haven’t rolled up their sleeves as a new foe amid a devastating surge in cases that is straining the nation’s health system and constricting its economy. ‘We’ve been patient, but our patience is wearing thin,’ Biden said from the State Dining Room. ‘And your refusal has cost all of us.'”

Difficult not to be worldly for a moment. (More tomorrow, as far as potential prophetic significance, at the retreat.)

For now, the divisiveness and rancor — as well as the state of degraded American (and world) cultures — are in many ways synopsized by what is sailing over and searing the airwaves.

At the center of the covid debate — or at least, making a few headlines this week — are two rather profane broadcasters on opposite sides of the issue. We don’t listen to either, but we’ve read a couple of news stories pertaining to it.

There is on one side Howard Stern — very possibly the single most foul-mouthed and obscene radio broadcaster in history; and on the other, mega-podcaster and in fact television fight commentator Joe Rogan — who regularly uses the Name of God in vain and often rails against believers, particularly Christians. (Stay away from either.) 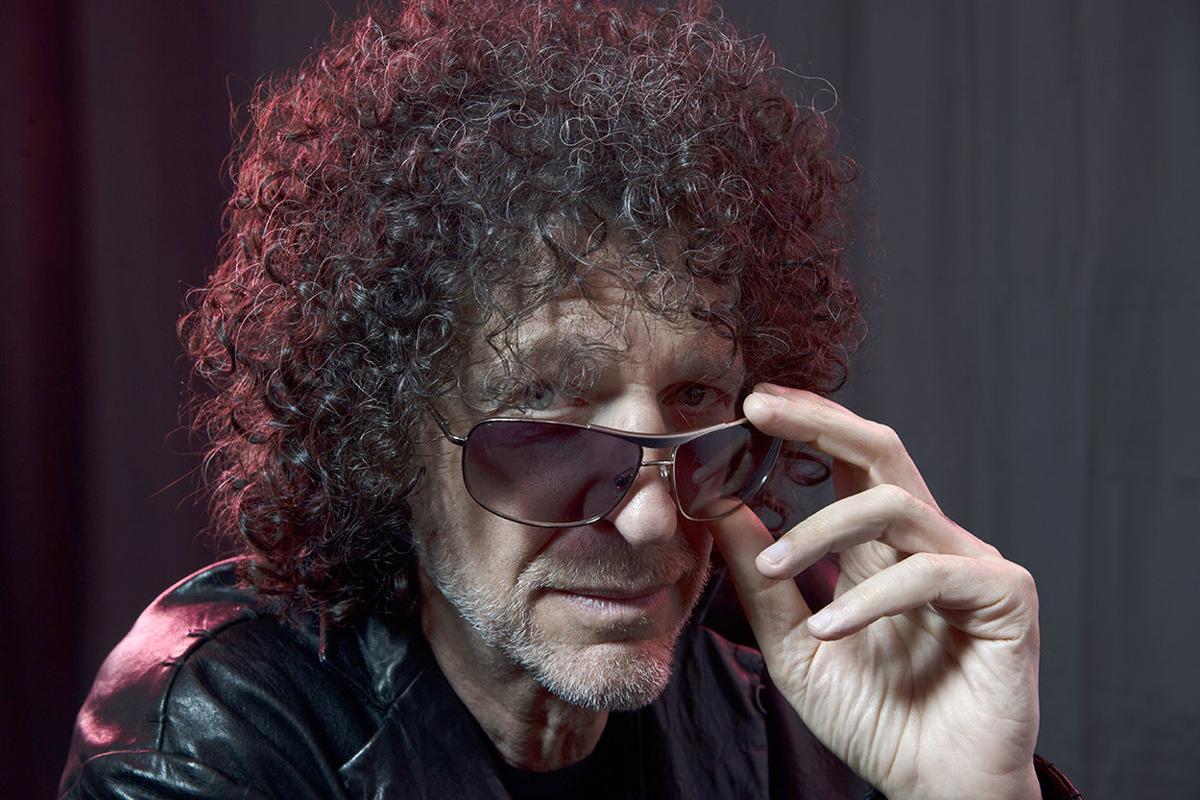 As Newsmax reports: “Radio host Howard Stern has ranted against conservative radio talk show hosts who died from COVID-19 after promoting anti-vaccination viewpoints to their listeners. Speaking Tuesday on his Sirius XM radio show, the comedic radio personality labeled anti-vaccine proponents as ‘imbeciles’ and criticized people for declining the vaccine and then occupying hospital space, reported The Hill. Radio host Marc Bernier, 65, who told his listeners in Daytona Beach, Florida, that he was ‘Mr. Anti-Vax,’ was at least the fourth talk radio host to die recently… Others who passed away were Phil Valentine, 61, a popular host in Tennessee; Jimmy DeYoung, 81, a nationally syndicated Christian preacher also based in Tennessee; and Dick Farrel, 65, who had worked for stations in Miami and Palm Beach, Florida, as well as for Newsmax TV channel.

“‘They will not get vaccinated [railed the “shock jock”]. They were on fire, these guys, it was like day after day, they were all dying and then their dying words are: “I wish I had been more into the vaccine. I wish I had taken it.” When are we gonna stop putting up with the idiots in this country and just say it’s mandatory to get vaccinated?’ [said Stern].” He then used an expletive — one of many — to lambaste their “freedom” not to get vaccinated. “I want my freedom to live,” he is quoted as saying. “I want to get out of the house already. I want to go next door and play chess. I want to go take some pictures.”

He once supported Donald Trump — was friends with him, until covid hit.

Is Stern now liberal or conservative or just — out there?

A relatively new arrival to the raucous audio stage. 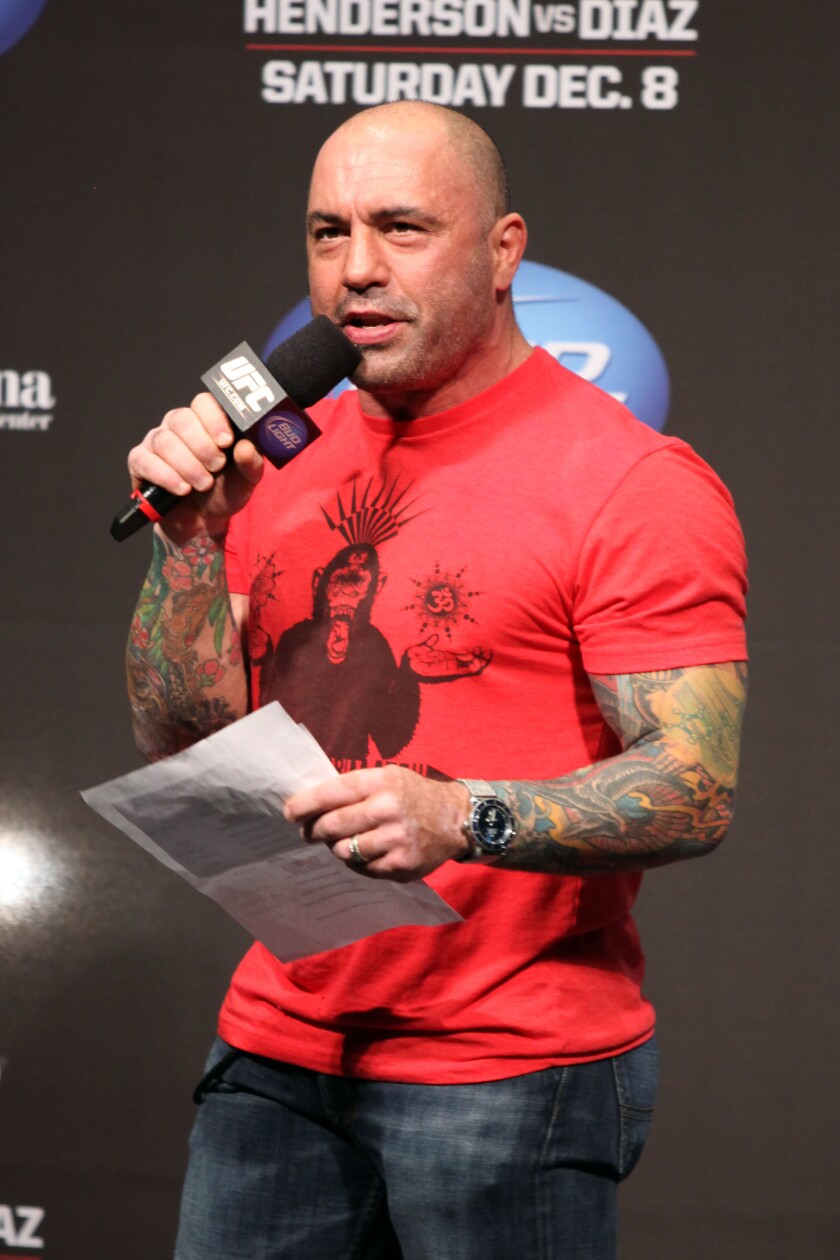 He too can come across on either side of the cultural issues (he regularly espouses conservative cultural themes, while openly and conversely talking about his love for psychic phenomena and hallucinogenic drugs). He has been against vaccinations, suggesting to his audience that staying fit and eating right are all that’s needed to prevent a covid episode (he is very involved with martial arts, body-building with steroids, and is a commentator on televised kick-boxing fights; like Stern — but in front of live audiences — he is also a ribald comedian in the mold of Lenny Bruce).

Last week, it was announced that Rogan had contracted the virus and had significant symptoms.

The podcaster later revealed that when he’d tested positive for the virus, he’d “thrown the kitchen sink at it,” making a relatively strong and quick recovery after taking a Z-Pak antibiotic, the steroid prednisolone, monoclonal anti-bodies (which may be the single most effective approved treatment, though, like some vaccines, it was tested using an aborted-fetal line), a multiple-vitamin drip, an NDA drip (boosting neurological function), and ivermectin (a parasitic drug not recommended by the FDA but claimed by many, including a number of doctors, as effective against the virus).

Not everyone can afford that regimen — nor access it as quickly.

But we have little doubt it played a huge role in quickly banishing the virus (after several days of feeling ill, including one that seemed especially difficult). Likewise, we have no doubt that monoclonal antibodies are the most effective treatment (in Florida, Governor Ron DeSantis is opening monoclonal clinics). We also have no doubt that the government — the FDA — should further study ivermectin (the agency currently dismisses it as ineffective and potentially dangerous).

(Whatever happened to hydroxychloroquine?)

God bless them all. Let us pray for them. These are men who have talent and things to say but who like many in our time ruin it with their harshness, their obscene, blasphemous speech, their lack of true compassion, and their besmirching another treatment for it all — the only tried and true one: Christianity.