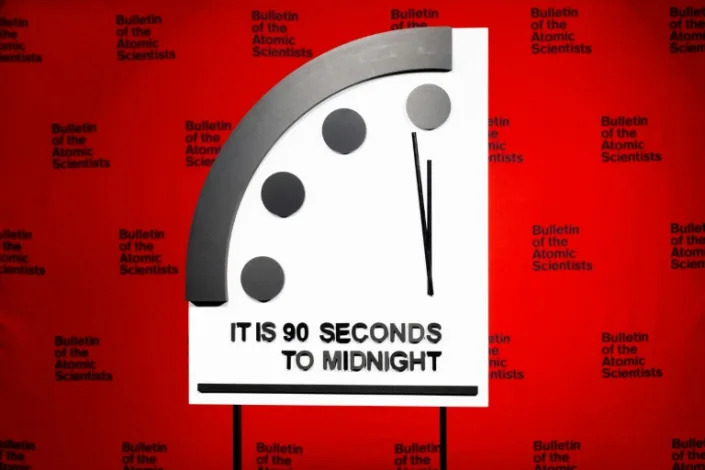 Top scientists and security experts moved the “Doomsday Clock” forward on Tuesday to just 90 seconds to midnight -– signaling an increased risk to humanity’s survival from the nuclear shadow over the Ukraine conflict and the growing climate crisis.

The new timing of the clock set by the Bulletin of the Atomic Scientists is closer to midnight than ever before. The hands of the clock, which the Bulletin describes as a “metaphor for how close humanity is to self-annihilation,” had been at 100 seconds to midnight since January 2020 — the closest to midnight it had been in its history.