The opacity of the Chinese Communist government obliges responsible outside observers to look for clues to the truth of the coronavirus epidemic, instead of merely repeating official information without question.

The official count from China is 3,277 fatalities from 81,171 infections as of Tuesday, but the Epoch Times noted the troubling disappearance of some 21 million cell phone accounts in China over the past three months – an unprecedented decline that hints at more fatalities than Beijing is prepared to admit. It should be stated at the outset that we should not be forced to read tea leaves to figure out what really happened in China, especially in the virus epicenter of Hubei province and the city of Wuhan, where Chinese officials are currently making claims of zero new infections that no one seriously believes. While more responsible governments issue troubling warnings of a second wave of infections, severe enough to prompt the re-imposition of quarantine procedures that were only recently lifted, China claims it has no second wave and all of its new coronavirus cases are imported.

SPECIAL REPORT: PROPHECY AND THE VIRUS 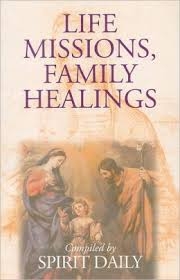