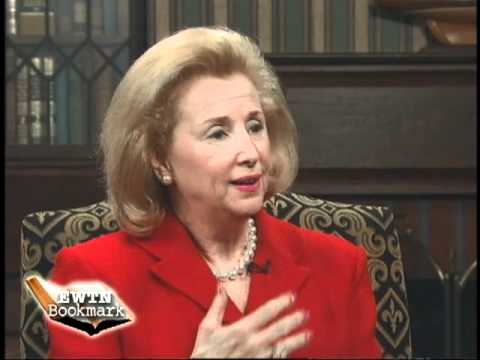 Just before Christmas you may have caught our article on Janice T. Connell, an author in California who described one of the very most involved, and intriguing, angel encounters we have seen (and we have seen our lot).

Jan, a long-time friend, is not gullible. She and her husband Edward are both highly successful lawyers (they have practiced in Pittsburgh and Washington, D.C., and now shuttle between residences in San Diego and Scottsdale).

A graduate of the Georgetown University’s School of Foreign Service, Jan also holds a Master’s Degree in Public and International Administration.

The book party for one of Jan’s books on apparitions was thrown by former congresswoman and Reagan Cabinet member Margaret Heckler (who was secretary of Health of Human Services, and also, later, U.S. ambassador to Ireland).

This is all by way is establishing the fact that Jan and Ed can be quite down to earth and certainly wise in the ways of the world (as well as the Spirit). Jan has written several books on the apparitions of Mary, especially at Medjugorje, and in one detailed an incident in which a mysterious stranger in Japan helped the couple get to the holy site of Akita (see the full account at the end of this commentary).

As it happened, Jan and Ed spent more than two hours in the company of this man they are sure was heaven-sent, and especially intriguing was a remark the mysterious man — well-attired, brilliantly well-spoken, and startlingly familiar with Jan’s book, Queen of the Cosmos) — made during a ride in his car between a Tokyo-area airport and Akita (where Mary allegedly appeared in the 1970s).

Recalled Jan (in her book, The Secrets of Mary,):

“We could find no one in the airport who spoke English. All the signs were in Japanese. We followed other fellow passengers to the baggage claim area. There was no cell phone service at all. My spouse then made an effort to engage a taxi to take us to the convent, but our instructions were written in English and the cabdriver could not understand where to take us.”

It was then that the stranger, who stepped out of nowhere at the airport, as they struggled to rent a car, offered them a lift.

He was a highly refined Japanese man and said: “May I be of assistance to you, Madam?…  It will not be necessary for you to rent a car. It would be my great honor to take you to this place.’

“I listened carefully from the backseat as the man and my spouse spoke about many things, including global business and finance. The man’s diction, vocabulary, and choice of phrases were inspiringly beautiful. His wisdom was immense. I commented on the brilliancy of his language and asked the man where he had acquired such exquisite linguistic skills. Chuckling agreeably, he did not respond…

“[During the ride] he looked at me in the backseat and said:

“We asked him if he was aware of the multitude of religions on earth, most of which have no knowledge of Christ as the Word Incarnate. He said: ‘When Christians realize who Christ is, all will come to know.’”

Digest these words: the ferly man — who simply vanished without explanation once they reached the front door of the monastery —  seemingly hinted at something major that would convince the multitudes of Jesus.

And that part about the family struck us as both informative, stark, and ominous.

Without family, this heavenly intercessor was saying, life on earth has no meaning!

We don’t usually think of family in quite such a prophetic way.

Interesting indeed at a time when the traditional family as established by God and exemplified by the Holy Family of Jesus is under such truly historic assault through divorce, pre-marital sex, birth control, adultery, pornography, abortion, and — especially — homosexual “marriage.”

It’s a bigger deal, apparently, than even most Christians realize.