From Forums of the Virgin Mary [translated]:

Why the Miraculous Medal Protects us in the tribulations of the End Times.

One of the most amazing phenomena of Catholic devotion is the rapid and massive popularization of the Miraculous Medal.

It is the medal of the Immaculate Conception. And the symbol of Grace that Our Lady grants to whoever asks for it.

Today we see that it was an instrument to face the times of apostasy from the faith and the great tribulations that would come upon the world and the Church, up to our days.

And a heavenly weapon to fight evil.

The apparitions to Saint Catherine Labouré in 1830 had the main objective of coining and popularizing the Miraculous Medal.

Here we will talk about the mission that Mary asked Saint Catherine Labouré and the role that the Miraculous Medal plays in the End Times.

What Pius XII called the “era of Mary” begins, a stage of her repeated heavenly visits to Earth to prepare us for the tribulations to come.

Over the course of 46 years, Mary revealed herself in five instances in France, and all of these apparitions have been approved by the Church.

In 1846, in the Alps of southern France, she appears to two children, Melanie Calvat and Maximin Giraud, as Our Lady of La Salette.

In Lourdes in 1858, in the Massabielle grotto, she appeared to Saint Bernadette Soubirous, already as the Immaculate Conception, a dogma promulgated in 1854, and an apparition in which the Virgin appeared to her as shown in the Miraculous Medal.

In 1871 she appears to a twelve-year-old boy, Eugene Barbedette, near the town of Pontmain in Brittany.

And in 1876 she appears to Estelle Faguette, a thirty-three-year-old woman, humble and incurably ill, in the village of Pellevoisin.

All these apparitions contained warnings of great troubles, acute dangers, and a time when all would believe all was lost, preparing France and the world for successive tribulations. [scroll for more:

And how did Our Lady manage to spread the Miraculous Medal?

A few weeks after beginning her novitiate, on the night of July 18, 1830, Our Lady appeared to Catherine in great splendor and dignity.

She anticipated the future by saying, “the Cross will be trampled on, blood will run through the streets, the world will sink into sadness, but grace will be poured out on all who ask for it with faith and fervor.”

She confided in Catherine secrets and gave her specific orders.

Catherine never revealed these secrets directly to the outside world, and her confessor at first paid no attention to the young nun’s accounts, but was later persuaded that it was necessary. 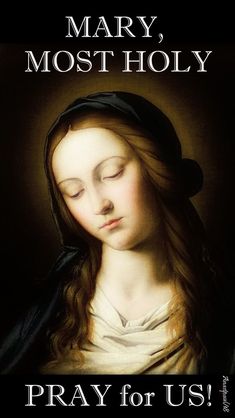 Her convent sisters would never know that Catherine had received a visit from the Virgin.

Shortly after Catherine Labouré’s death in 1877, she was given the title of “Venerable.”

And when her body was exhumed in 1933, almost fifty years after her death, it was found in perfect condition.

In the first apparition to Catherine, on the night of July 18-19, 1830, a child, perhaps her guardian angel, woke her up and summoned her to the chapel.

There she met the Virgin Mary and spoke with her for several hours. During the conversation, Mary told her, “My daughter, I am going to give you a mission.”

The second apparition was on November 27, 1830, the date on which the feast of this apparition would later be established.

The visionary saw Mary standing on what appeared to be a globe, holding a golden globe in her hands, as if offering it to Heaven.

On the globe was the word “France” and Our Lady explained that the globe represented the entire world, but especially France.

Coming out of the fingers were many rays of light and Mary explained that the rays symbolize the graces that she obtains for those who ask for them.

And in the third apparition Saint Catherine saw Our Lady standing on a globe of the earth, with her arms now outstretched and with the dazzling rays of light still coming from her fingers.

And around the figure was an inscription: “O Mary, conceived without sin, pray for us who have recourse to you.”

This advanced the dogma of the Immaculate Conception, which would be promulgated by the Church 24 years later.

Then Our Lady showed her a medal, with the instruction that it be minted.

In the front, Mary is standing on a globe, crushing the head of a snake under her foot.

It depicts the scene from Genesis 3:15, where God prophesies that a Woman and her offspring will crush the head of Satan, who had tricked Adam and Eve into committing Original Sin.

The Lady has a crown on her head and rays come out of her hands representing graces, but not all of her fingers radiate rays, because some represent the graces that God offers but we reject.

Later Our Lady showed Catherine the design on the reverse of the medal.

Twelve stars, representing the faith of the 12 apostles, surrounded a large “M” from which a Cross emerged.

Below were two hearts with flames, one of them surrounded by thorns, that of Jesus Christ, and the other pierced by a sword, that of Mary.

The “M” stands for Mary, and the conjunction of her initial and the cross shows Mary’s close relationship with Jesus.

The cross can also symbolize our redemption, with the bar below the cross as a sign of the earth or the altar. [scroll for more:

Mary told Catherine, “Have a medal minted on this model, those who wear it will receive great graces, especially if they wear it around their necks.”

The first medals were made in 1832 and distributed in Paris.

And almost immediately, the blessings that Mary had promised began to rain down on those who carried her Medal.

The devotion spread like wildfire and people called it the Miraculous Medal.

Its dissemnation was cemented by the conversion of Archbishop Pradt of Mechelen, who had deserted the Church during the French Revolution and steadfastly refused to submit to the authority of Rome.

When the Archbishop of Paris visited him on his deathbed, Pradt immediately humbled himself and reconciled with the Church.

And 12 years later, on January 20, 1842, another of the conversions that shocked the world took place.

It happened to Alphonse Ratisbonne, an atheist Jew, banker and millionaire, who despised the Church and the Catholic faith, especially since his older brother, Theodore, had converted to Catholicism and was later ordained as a Catholic priest.

A few months after that apparition, the image of Mary appearing to Regensbonne was painted and then hung above the altar of the church where she saw her.

And another devotee of Mary and the Miraculous Medal, Saint Maximilian Kolbe, would celebrate his first Mass in the same church in Rome, before the same painting.

And he would become the main promoter of the Miraculous Medal of the first half of the 20th century.

Saint Maximilian defended the massive distribution of Miraculous Medals and would say “this is truly our heavenly weapon,” and would describe the medal as “a bullet with which a faithful soldier hits the enemy, that is, evil, and thus rescues souls.”

Mother Teresa of Calcutta was the main defender of the Miraculous Medal in the second half of the 20th century.

It was the tool she used as a symbol of charity.

She was seen during her work taking a Miraculous Medal between her fingers and would often ask the patient “where does it hurt?” and then she would gently press the medal in that place, saying, “may the Virgin kiss where it hurts”.

And she would say to the patient, “Repeat after me, ‘Mary Mother, be a mother to me now.'”

She accentuated the word “now” and repeated the phrase, while caressing the patient with the Miraculous Medal.

And on her last visit to New York’s Bronx, in June 1997, seated in a wheelchair less than three months before her death, she cradled a basket full of these miraculous medals on her lap.

And she gave a considerable number to each priest who greeted her after Mass.

Her Missionaries of Charity are known to currently distribute 1.8 million medals a year.

This is how Our Lady managed to make the Miraculous Medal so popular and widespread, and could universally show its great effectiveness in achieving conversions and healings.

However, in this process of increasing tribulation, even more contrary winds began to blow in the world and in the Church.

Already many of those without faith refused to see the miracles produced, although for some it has become a pleasant image to wear in their jewelry.

And within the Church, there was an iconoclastic revolution after the Second Vatican Council, which treated images and sacramentals as amulets and fetishes, adversaries of what they called an adult faith.

And I would like to ask you if you are wearing the Miraculous Medal around your neck or not.

[resources: The Miraculous Medal: Stories of Devotion and Conversion and Christmas books]