Maybe you have one. Odds are, someone you know does — perhaps a spouse or son or daughter; a nephew. A co-worker; certainly, a friend.

The issue is tattoos. Let’s revisit it. About thirty percent now have one.

Even good Christians are feeling free to sport them.

Says a caption on Catholic News Service accompanying the photo to the left, “Wassim Razzouk smiles after finishing tattoos of a Jerusalem Cross and a fish with a cross on the neck of a Christian pilgrim in his family’s shop in the Old City of Jerusalem April 9. The Razzouk family has been tattooing Christian pilgrims in the Holy Land for five hundred years, and two hundred years before that in Egypt.”

Granted, that’s a long time. Does it make it right?

This is the question, and one problem is Leviticus 19:28: “You shall not make any cuts in your body for the dead nor make any tattoo marks on yourselves: I am the Lord.” 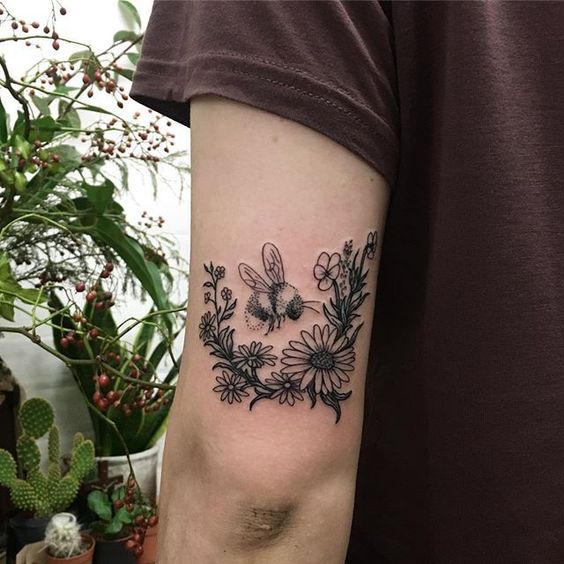 And, granted, Leviticus can seem extreme; it calls for the death penalty if one commits adultery or sodomy. But it goes beyond a single passage in the Old Testament. Deliverance ministers will tell you they’ve handled oppressions, infestations, and obsessions — in a word, demonism — that, they came to learn, upon casting it out, was attached to a skin marking.

Is everyone who has a tattoo thusly infected? They were not saying that. But surely it’s not prudent to have tattoos of the devil or skulls/crossbones and naked women and the like, as what is basically body graffiti.

When one has a representation of something or someone holy, it draws Grace; when one has an image that represents evil, it draws the demonic. A fairly simply principle here. Does that also apply to a tattoo? An honest question here: was there any saint who wore one?

Before getting one, a person should pray, ask God for His direction, and ask oneself if the marking glorifies what God created. 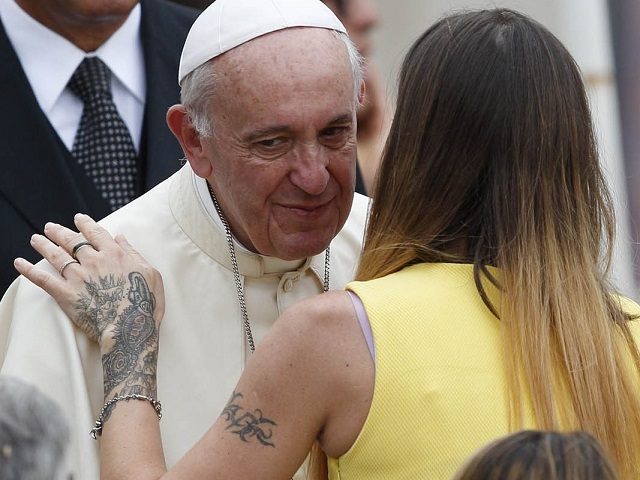 On one the hand a person opposed to them might cite trees in a forest: is it right to carve on them? Our suggestion: this article from a few years back — the account of a deliverance conducted because of a dragon tattoo. It was found toe be the root cause of a young woman’s suicidal inclination. On the other hand, one could cite the Holy Father, who in March blessed a body marking. Asked about tattoos and other expressions of modern culture by a seminarian from Ukraine, the Pope said that “the problem is the exaggeration, not the tattoos” — as when a body is covered with them.

“Don’t be afraid of tattoos,” the Pope said, noting that for many years Eritrean Christians and others have gotten tattoos of the Cross on their foreheads. A tattoo “is a sign of belonging,” he claimed, adding that it offers an opportunity to strike up a conversation with young people about what matters to them “and then you can enter into the culture of the young.” [Right, from tattoo site]

“But do not panic,” he said. “With young people you should never be frightened, never! Because always, even behind the not-so-good things, there is something that will get us to some truth.”

“Of course, there can be exaggerations,” he added, remarking that people who get too many tattoos cannot give blood because of a “danger of blood poisoning.”

Certainly, mutilation of the flesh — nose rings, lip plates, eye piercings, even now (with satanists) implanted horns, are a problem, no? Exaggeration indeed.

“Why does God forbid us to get tattoos, she wondered out loud,” wrote the woman who delivered an oppressed, suicidal young lady. “Well, let’s talk a bit about a loving Creator that made us in His image. Perhaps His feelings are hurt, that we think a tattoo will make the body He designed look better than He made it. Also, a loving Creator will warn us because of the health issues with tattoos, such as the chance of getting Hepatitis B and HIV, and, as the Mayo Clinic lists on the internet, 21 possible diseases, plus allergies and infections.”

With furrowed unpierced pinnae brows, we’ll take this all under advisement.

With anything, it gets back to what God created. It also gets back to our bodies being temples of the Holy Spirit. 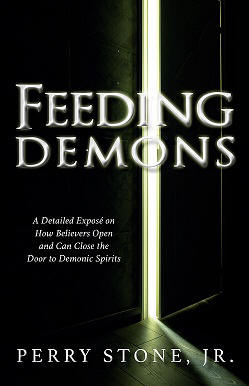 Feedback from the mail:

“I can remember back to the 40’s and 50’s when the only tattoos people would see
in America were those of navy personnel, usually of a decorated anchor on the forearm.
How to explain the current tattoo craze? I believe it is the prelude or precursor to
the obligatory mark of the beast. This will be of his number, name or symbol on
either the hand or forehead. With tattoos now considered as normal, no one will think
of the beast mark as unusual, odd, or offensive.
Fads and crazes usually have some kind of purpose. For example, running the marathon
or other distances seems of little use in today’s world (1 Tim 4:8). But anyone physically
conditioned would be able to escape from a targeted city if they knew the bomb was
going to explode in a few hours. Taking a car, etc., wouldn’t work because the streets and
highways would be clogged with vehicles and the exits out of the city might be closed by police.
Cordially in Christ,
Kenneth Heck