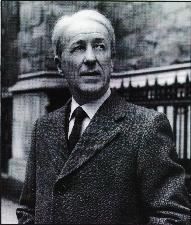 The great and controversial writer Malachi Martin, in a book called Hostage to the Devil, once said there is a phenomenon called “perfect possession,” whereby the demon does not only erupt at certain times but has taken total control of an individual — to the extent that it can’t be determined when the demon is operating, as opposed to the will of the individual. If this is true, one wonders of certain folks in the news or history books.

It is not to judge the person but the persona operating out of the person.

There was Charles Manson. Much supernatural phenomena was recorded around him.

There was Adolf Hitler. He was terrified of a dark shadow that visited his room, and as a young man went into seizures that sounded like a demon had taken over. (Was there any good in him?)

There have been killers such as Albert Di Salvo and John Wayne Gacy and Jeff Dahmer.

To repeat: were these poor souls taken over entirely, so much so that their original personas were totally or nearly completely obscured — obliterated?

Martin, who had been a priest and said he performed exorcisms, claimed, in speaking of demonism, that “the most extreme state is ‘perfect possession,’ when the demon has taken complete control. The perfectly possessed person is totally lost. There is nothing I can do.”

It seems difficult to believe there is nothing that can be done; in some cases, the killers snap out of it (as did David Berkowitz — “Son of Sam” — now an ardent Christian). But the issue arrives again to the forefront due to remarks by an attorney named John Henry Browne, featured in a docu-series entitled, “In Defense Of,” on the network Oxygen, where he shares his experience defending serial killer Ted Bundy.

Browne, who is 71 today, knew the convicted killer for more than a decade and told Fox News “Ted was the only person in my 40 years of being a lawyer that I would say that he was absolutely born evil.”

“This is really the only person, after representing thousands of clients in 40 years that I would say that about,” he repeated. “I didn’t want to believe people were born evil, but I came to the conclusion that Ted was… He had this energy about him that was clearly deceptive, very sociopathic.”

Indeed, Bundy, who was born illegitimate — and angered by that fact into adulthood — occasionally was implicated in thefts and other minor criminality in his youth, but mainly was known for his upstanding personality — one that won him stellar college grades at the University of Washington and ushered him into law school.

This was a handsome, debonair, courtly young man who was an aide to the state’s Republican Party chairman and during one campaign reported directly to the governor.

Some believed Bundy himself might reside in the gubernatorial mansion one day.

He certainly fooled crime writer Ann Rule, who sat beside him for years as they manned telephones at a crisis center — saving the distraught from drug overdoses and suicides.

Yet as Rule explained in her landmark book, The Stranger Beside Me, something shifted in Ted’s countenance — in his very handwriting — in 1972. By 1973 and 1974, strange homicide cases involving young attractive woman began appearing in the state, and eventually Bundy would confess to thirty murders, although there may have been more than that — and definitely were any number of women who had narrow escapes from him. An up-and-coming young man had turned into a psychopath of feral cunning, if he wasn’t one from the very beginning.

Bundy was raised for a time by his grandfather, Samuel Cowell, who Wikipedia describes as “a tyrannical bully and a bigot who hated blacks, Italians, Catholics, and Jews. Bundy’s grandfather beat his wife and the family dog and swung neighborhood cats by their tails. He once threw [a girl] down a flight of stairs for oversleeping. He sometimes spoke aloud to unseen presences, and at least once he flew into a violent rage when the question of Ted’s paternity was raised. Ted occasionally exhibited disturbing behavior, even at that early age. Julia recalled awakening one day from a nap to find herself surrounded by knives from the Cowell kitchen; her three-year-old nephew [Ted] was standing by the bed, smiling.”

So whatever came in, came in at an early age. Generational?

The evil was tangible.

Rule described him as “a sadistic sociopath who took pleasure from another human’s pain and the control he had over his victims, to the point of death, and even after.” His last victim, whom he mutilated, was 13. Did he work at the suicide prevention center as a cover?

His murders may have begun much earlier than is publicly reported — perhaps as early as 1961, when he was but 14 and may have abducted and killed an eight-year-old. Prayer need. The families!

One woman who escaped murder, in a sorority house at Florida State University, was saying her nightly Rosary when he entered her room ready to bludgeon her to death, as he did to two sorority sisters. Later, in prison

, he told a priest that some kind of force seemed to stop him from slaying that coed who held the rosary. [See our article on this]

“I got that feeling right away when I first met him. He was manipulative, he was dishonest,” says Browne. “But at the same time, he was… basically, a really good version of a used car salesman. He seemed very believable. But my intuitive side said, ‘No, he’s not telling the truth about a lot of this.’”

Browne told Fox he never got to fully know Bundy and as the report put it, “only with time came to know the different sides of his personalities, ranging from seemingly confident lawyer to manipulative madman. But there was one moment when Bundy unveiled a completely different side before his murder trial in Miami. ‘He said to me, “John, I want to be a good person, but I’m just not,” said Browne. “He actually fell to the floor cell and had tears in his eyes when he said that… It was the first time I ever saw him truly emotional. He was acknowledging that he was basically an evil person who has done awful things and he wished he wasn’t that anymore… He snapped out of that after three hours and went back to the facade of Ted.’”

Another member of his defense team, attorney Polly Nelson, wrote that “Ted was the very definition of heartless evil.”

Tough words. Tough memories. This is admittedly very dark stuff. Our apologies. But the Light of Truth dispels evil.

Tough also, the task of praying for such a soul — and yet pray we must.

And for the others who, if not “perfect possession,” are taken over by forces over which they have little or no control for whatever reason. 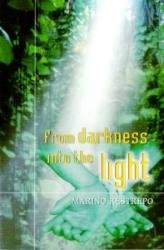