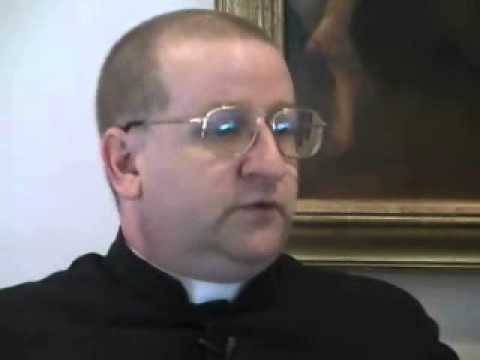 Does something plague — haunt — your family? Does it go back?

It’s an interesting topic at this time of year when families gather and when, ironically, there is the tradition of telling “ghost” stories.

Are there certain issues that seem to have been handed down the generations or passed around your family like a virus or gene: division, depression, gluttony, financial distress, alcoholism, divorce, temper, crime, anorexia, mental illness, even suicide?

When a particular type of bad trait or “luck” seems to recur, one is made to wonder if it’s more than just DNA, behaviorism, or coincidence (though these can be factors).

And so it is that we turn once more to Father Chad Ripperger, a Doloran priest in Denver and full-time exorcist with uncategorical belief that family members past and present pass “familiar” spirits between one another. There is great hope and healing for it in the Eucharist [see here]

Just as we have guardian angels assigned to us, says Father Ripperger, Satan may likewise assign a demon, often to an entire family. Lesser demons are sent to tempt and open the door to higher demonic realms. There are also generational spirits that afflict a population at large. Such was seen with the infection during the Sixties of the “hippie’ movement, believes Father Ripperger, who has penned an unusually powerful book, Deliverance Prayers For The Laity, to relieve and dismantle such largely unrecognized strongholds.

And entire countries?  Today we think of places such as the Middle East and North Korea; a while back it was Nazi Germany — although every nation and ethnic group has its spiritual “baggage.”

When it comes to illness or crime, it can be an issue of life or death, literally.

“A spirit can become ‘familiar’ if a person [it has attached to] has a particular headship in the family,” says the priest. “They can then pass that spirit on.”

“It can also be over races,” maintains the exorcist. “Every single race has one. If you look at the Native American Indians, very often they are beset by a spirit passed on by the Native American spirituality.” With Hispanics, he says, there may be an Aztec or Mayan ancestry steeped in occultism or the effects of practices such as Santeria. Pagan practices in India and deep Africa pose special issues, he notes. Sometimes you see such a spirit skip a person — such that a whole family is affected but for the one individual.

In other cases, it only affects one person in the family, leaving the others alone.

Such are the dynamics and mysteries!

“You can also have it in corporations, where a demon gets his foot in the door and a corporation is dysfunctional and maintains that dysfunction all the way until it collapses,” he has preached.

“It can be in regions. [For example] in Fresno, California, it’s a demon of illness. In Los Angeles — and this won’t be a surprise — it’s the demon of unreality. In the South, from Alabama to Georgia, there’s a particular demon that got in from the slaughter of Native Americans  and the Europeans when they also slaughtered each other. The demon has been there for a hundred or more years.” 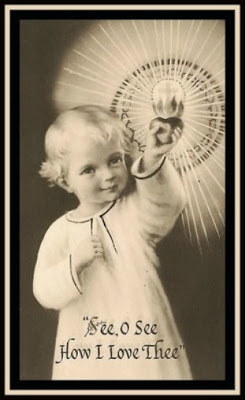 It’s not just genes, emphasizes Ripperger, an adherent to the Latin way of Mass, which he finds particularly powerful: people also take on the traits of affecting spirits. Ignorance is not bliss. Fools die for lack of wisdom (Proverbs 10:21). Alcoholism can be genetic (one notes the stereotype of Irish), he says, but it is also passed on spiritually. “You can also get it in dioceses or religious orders, where a particular demon gets passed on,” says the Colorado priest. Most often, sin or abuse is at the root of original entry.

We think here all the way back to Eve.

Or, it can be from “some kind of curse,” which can also be passed.

Father Ripperger has observed that spirits of Freeemasony are often associated in families with respiratory illnesses.

In Italy, notes Father Ripperger, the Vatican investigated situations whereby children seemed to have become spiritually infected in the womb and maintained that infection because the exorcistic verbiage had been removed from the Rite of Baptism.

There are entire towns that labor under a “curse.”

Most often — eighty percent of the time, he claims (for our discernment) — the generational spirit begins with a man. He says the normal duration is four or five generations, before it begins to dissipate, often because God sends a person into that family who helps cleanse it.

Once a demon has attached, it’s like a fly: other “flies” come. Some families, regions, and countries have “bigger dudes” plaguing them, he notes, than do others.

The generational demon in the U.S.?

All evil pretenses, he notes, ultimately collapse of their own weight.

Demons are allowed by God because He wants us to react with and develop virtue — for example, if there is pride, a demon may be allowed to cause humiliation that cleanses a family line and leads a family reacting correctly to humility. Humility is very powerful against Satan. If there is deception, we react with the truth. If there is avarice, we are called to react with charity, mercy, and generosity — in short, humble kindness and unselfishness, which chase many dark spirits away.