Recently we caught up, via phone, with a fellow named Joe Jordan, who works for a military subcontractor in South Korea and used to do the same in the realm of safety for NASA at the Kennedy Space Center in Florida.

A down-to-earth fellow (not counting the space program!), Jordan is, however, one who has no doubt about the reality of “alien abductions”: those who claim to have been contacted or even taken aboard “UFOs” by extraterrestrials, what many describe as “grays.”

Grays are short, large-headed types with huge almond-shaped eyes, holes for nostrils, and slits for mouths. They don’t seem to smile often.

It’s estimated that up to five million Americans have had the experience of being “abducted” by such entities: encountering a bright light and then grays who levitate them out of bed. (Usually the person is asleep or about to go to sleep or awakens in the middle of the night. It is similar to “night terrors.”)

This can be discounted as nightmares. But there are also many cases in which folks say they were fully cognizant and even up and about when they spotted a light in the sky or a bright something near the doorstep or window of their home. Some have had the experience while walking or driving.

Next thing they knew, they were being spirited to a very strange environment — a “spaceship.” Often, they can’t remember what happened until the memories are resurrected later. They are missing time: unable to account for minutes or hours of absence from their homes or cars or whatever the circumstances.

More bizarre, they often describe medical-like examinations, especially of reproductive organs — leading some to believe that extraterrestrials are “harvesting” human reproductive materials to create hybrids, hearkening back, certain Christian researchers who take this seriously claim, to Noah and the Nephilim (the products of fallen angels mating with humans — which help bring on the chastisement of the Flood in Genesis 6).

It’s very exotic stuff, quite popular in movies and on TV, and the accounts are surprisingly consistent. Some say the government is covering up the truth. The problem, says Jordan — now Christian, previously agnostic, an official investigator for an international UFO monitoring and reporting program called MUFON — is that the “ETs” are actually demons.

Joe came to that belief back in 1993, when, as a secular researcher he listened to an abduction testimony in which the “abductee” recounted how the aliens had disappeared — stopped the abduction — when he invoked the Name of Jesus.

Why — if they are simply from another planet, or dimension, wondered Jordan — would they flee at the mention of a religious figure?

“The more I dug deeply,” says Jordan, who had believed it such cases were extraterrestrial, “the more my view changed.”

It was supposed to be the case that abductees could not resist the aliens: once an abduction started, the victim was powerless.

But suddenly Jordan was seeing the opposite when the Name of Jesus was invoked.

The UFO investigator began collecting other examples of aliens dispelled in this manner and at last count had five hundred of them.

A number are available on a website, Alien Resistance (here), he operates with fellow Christian researcher named Guy Malone who is based at the epicenter of ufology, Roswell, New Mexico). [Photo: Joe and Guy; Jordan is on the right.]

“When I called other researchers and asked if they had come across [similar cases: where abductions halted when “Jesus” was mentioned], they all wanted to go off-the-record. They said, ‘Yes! They had come across such cases.’ Many. When I asked why (they wanted it quiet), it was for two reasons: because they didn’t know what to make of it, and because they didn’t want to ‘bring religion into it’; they feared for their scientific credibility. His conclusion: “There’s no government cover-up of UFOs; there’s a cover-up about Jesus and aliens.”

We have warned for years that UFOs seem demonic. Like evil spirits, aliens appear and disappear into thin air. They can walk through walls (if they can do that, why do they need spaceships?). Abductees are almost uniformly left with feelings of terror and dread — a bad fruit, to be certain.

The abductions sometimes afflict a family through the generations.

There can be the smell of sulfur.

You get the point.

As Jordan says, “In previous centuries demons took the form of leprechauns and fairies. Now it’s aliens to fit our technology and modern beliefs.”

Indeed: angels can create whatever verisimilar forms they want — including, for example, materializing in cars or tow trucks, to assist the stranded motorist — and so too can fallen angels materialize “vehicles.”

“My research does not show that this is a physical event in any way,” says Jordan. “The secular UFO community promotes this as a physical experience. Most of your cases always start out the same way: ‘You know, I had this dream.’ They remember something that they relate to TV or the movies that indicates this could be an abduction experience.”

Then they go to UFO researchers, who are often invested in the extraterrestrial hypothesis or New Age, and these researchers then “validate” the impression of aliens. “There’s no evidence at all that it’s physical,” says Jordan.

“What is the purpose of this whole deception, the whole phenomenon?” Jordan asks rhetorically. “It always comes down to the same thing: the whole thing points to an intelligent force that wants to take our eyes away from the One True God.”

In fact, some “abductees”  are so misled that they believe aliens — not God — were our true creators (through that “hybrid” process).

We thus see the game plan.

And we also see how, through movies (ET, Close Encounters) Hollywood made these entities seem maternal, even warm and cuddly. Warns the researcher about such entities: “They know us. They know everything you do. They even use it to the advantage that they make you think they can read your mind.”

How about the UFO “crash” at Roswell and alleged physical evidence?

Joe thinks this was a military operation that was covered up and made to seem extraterrestrial.

How about those strange cattle mutilations?

“Most of the cattle mutilations started out in the Four Corners part of the U.S.,” he says. “That area out there in the early 1960s had some activity going on that wasn’t popular in the news and what was happening was that the military at the time was working on techniques for fracking for oil. They were using underground detonations” — and testing cattle, surreptitiously, as a monitoring program, for, he believes, signs of contamination.

We’re not sure that’s the case (in some cases mutilations go back centuries). More on it in the future.

But Joe is certainly quite on the mark in his general thesis.

If you know anyone who has had such an experience, or something like sleep paralysis, which can be related to it, check out their organization Alien Resistance.

“It points to anti-God, anti-Christ.”

“A lot of them get to the point where they are very similar to people who have gone through warfare. It’s a traumatic experience that turns their lives upside-down.

“Just last week I got three testimonies,” he tells us.

The hotspots: Western nations, and particularly the occult-saturated, movie-entranced U.S.

“What we’re looking at is an open door,” he says. “The people who have this experience often ask for this. Be careful what you ask for! Everyone who has had this experience unknowingly opened the door through occult or New Age and unbiblical practices.”

The “door” could also have been opened by parents or grand parents.

“They want spirituality without accountability, and the enemy is providing that.

“How do you stop this from happening? The way it stops is you have to have a relationship with Jesus Christ. It was all done by an open door — knowingly or unknowingly — and that door can be shut.

“The enemy puts a million doors out there. Jesus says, I stand at The Door.” 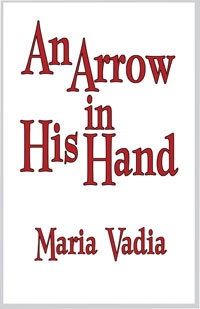