It’s not exactly appetizing, which is why we run it a bit before we sit down to feast in celebration of the Lord’s blessings.

And yet it must be spoken: the way in which we can affect each other through thoughts, dislike, hatred, jealousy, and even curses.

Actually, this may be especially pertinent, if we are having dinner, this week, or during coming holidays, with someone or some people with whom we have not always gotten along. 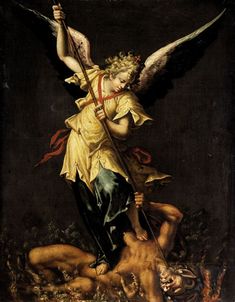 In a book called The Exorcism Files, Adam Blai, a layman who assists at exorcisms as official peritus in the Pittsburgh diocese, recounts the tribulations of an Italian immigrant named Luis. The man, it seems, had met — and proposed to — a woman who, though not of the Catholic faith, agreed that when betrothed, they would raise their children Catholic.

That was all fine. And they ended up with three children.

What was not so fine is that despite her promise, the wife refused to have the last two kids baptized.

Shortly after, the poor man discovered she was having an affair.

Luis (not his actual name) tried to reconcile. He wanted to see a priest and also undergo marriage therapy. His wife refused — would not even agree to end the affair.

Somehow they were able to maintain a civil friendship after they filed for divorce. The process, Blai tells us, began in the fall and was to be finalized early the next year. They even shared holidays together, including the November get-together.

But after Thanksgiving, and for the rest of the year, Luis was afflicted by headaches and pains in the stomach. There was no apparent etiology. He attributed his maladies to the simple stress of the situation.

Things continued downhill, mainly on an emotional level. After the divorce, his wife became outright hostile to him. Everything seemed bleak. Under her control, one of the children even refused to spend time with Luis.

He also had great difficulty praying, a crisis for this rather devout fellow. He would forget words to prayers he had said countless times. His mind would go blank. He experienced intense, uncharacteristic fits of anger. Back in his homeland, his mother and her prayer group prayed for him and while doing so, felt he needed to see a priest for prayer. (Prayer brings sensitivity and insights.)

This Luis did — in fact, requesting prayers for deliverance. When a team from the diocese, which included Blai, began a session, praying the Litany of Saints, which is how exorcisms are started, the Italian man tensed and made a fist — assuming a “grimace of pain and rage,” in Blai’s words.

Soon his muttering turned into screaming.

Testing him for actual demonic possession, the diocesan team found that Luis could respond correctly to questions posed in a language with which he was not familiar, a hallmark of the presence of a spirit. Latin, German, Hebrew. He also could name the saints attached to relics that were not identified to him.

It added up to a case of infestation, and soon, there was a solemn exorcism. They wondered how this good, prayerful man had become infested.

It turned out that during the Thanksgiving meal, according to the demons that manifested, his mother-in-law — apparently adept at the occult — had cursed food (especially the gravy). Few if any of us will have this to contend with Thursday! Obviously, a rare case, but one that reminds us of the power of intentions and thoughts in general.

When we think ill of others, bad “vibes” can translate into problems for them, beyond general uneasiness. When we feel uneasy — negativity out of the blue — for our part we have to be aware that ill will may be directed at us (or at least that a negative spirit attached to someone may be affecting us).

This is not to cause paranoia — nor should we look for such to occur.

But rather to remember that no matter what, we ourselves must always think of others with kindness; with truth, yes; but truth with love — remembering that any “curse” we send will return one day — perhaps immediately — like a boomerang.