It seems, at best, counter-intuitive: that a Native American mystic, a “medicine man,” famous for strange visions — and fighting Christian foe — would be up for Catholic beatification. 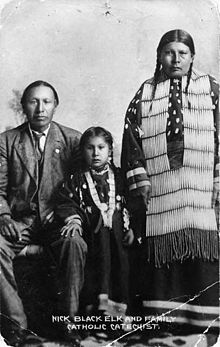 Yet this is the case with a member of the Oglala band of Lakota Sioux who was known as Black Elk until he was baptized in a Catholic church and given the name Nicholas (in 1904). He died in 1950 in South Dakota.

A Mass formally opening the cause was celebrated two weeks ago (October 21) by Bishop Robert D. Gruss of Rapid City, who cited not only the Indian’s conversion, but also his evolution into a catechist and in general a holy evangelist who spread the Word of God.

Black Elk’s first wife, Katie, was a convert, and their three children were baptized Catholic — despite Black Elk’s upbringing in pagan religiosity and his own standing as a “heyoka” who had experienced visions of mythical creatures known in various tribes as “thunderbirds.”

That famous vision had occurred at age nine when the Indian mystic took ill and was prone and unresponsive for several days — hearkening to a near-death occurrence.

Among other things, this new Servant of God saw in his visions a “great tree” that symbolized all life on earth and peoples. He also was said to have encountered spiritual “grandfathers” who ruled over the six directions (north, south, east, west, above, and below). He came from a long line of medicine men and healers. He converted upon Katie’s death.

The Indian foresaw war, famine, and sickness for the Lakota and that the “sacred hoop” of their nation would be broken. After seven generations of darkness had passed, there would be a reuniting of not only the Lakota but all peoples, he prophesied, creating a “Sacred Hoop” the world over. He saw a star rising from the east that would bring wisdom. 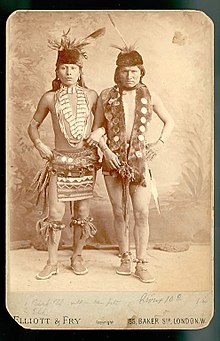 If his starting point was the arrival of the white man in the mid 19th century, the seventh generation is about at hand.

He felt the star symbolized a great prophet who would come to help with formation of the nations. He said he heard a voice say, “It shall be a relative to them, and who shall see it shall see much more, for from there comes Wisdom; and those who do not see it shall be dark.”

Black Elk was married a second time when his first wife died — baptizing children with her Catholic also — and then a third time when she died. Toward the end, Black Elk said, however, that he embraced the Catholic faith because his children had to “live in this world.” He maintained loyalty to what he called the “pipe religion.”

And so there is the counter-intuitive element (Black Elk also was known to wear two horns, representing a hunter), but by all accounts he was not only mystically gifted but holy in his own unique and perhaps highly controversial manner.

“Among the Lakota, the Crow, the Chippewa and other Native American tribes, the White Buffalo is one of the most sacred symbols. It represents purity, sacrifice and a sign that prophecy is being fulfilled. The Messiah honored by the Lakota Sioux is the White Buffalo Calf Woman who brought the Sacred Pipe and established the foundation of their ritual and social life. When she left, she turned into a white buffalo, and promised some day to return. In 1994 a white buffalo calf was born in Wisconsin; in 1996 another was born in South Dakota. For the native peoples these births have been a sign to “mend the hoop” of the nations, to establish brotherhood within the family of man, and return to a spiritual way of life.” 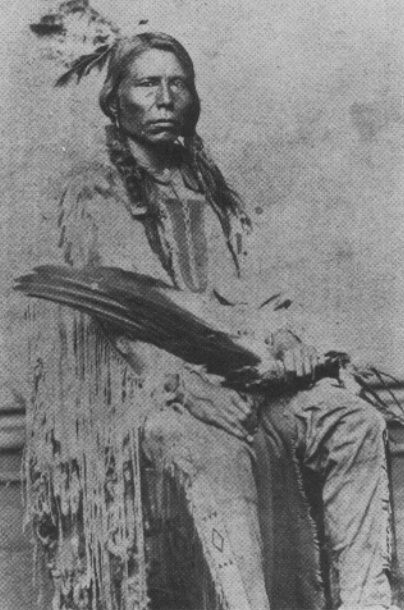 His visions joined those of a second cousin, the famous war chief Crazy Horse, who was even more prophetic.

The chieftain likewise saw a time of great darkness for his people but also foresaw automobiles, airplanes, and both world wars, restoration of nature after a time of great abuse, after which would come a slow march toward human unity under a “sacred tree.”

“While I stood there I saw more than I can tell and understood more than I saw; for I was seeing in a sacred manner the shapes of all things in the spirit, and the shape of all shapes as they must live together like one being,” Black Elk said of his vision. “And I saw that the sacred hoop of my people was one of many hoops that made one circle, wide as daylight and as starlight, and in the center grew one mighty flowering tree to shelter all the children of one mother and one father. And I saw that it was holy.”